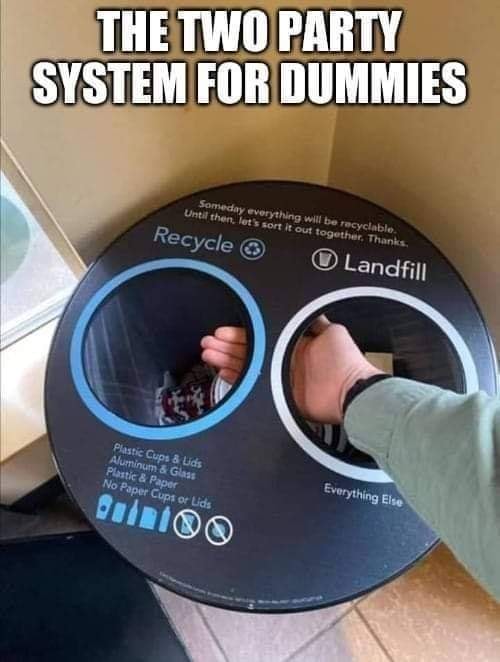 Yesterday I came across the above meme on Facebook, shared it, and got the comment,“if the last four years and particularly the last month haven’t taught you the difference between the two parties, you are hopeless. Unsubscribe.”

I started to respond, “you’re right! I shared this without thinking much about it. I just thought it was clever. I didn’t mean to say that there’s no difference between the parties.”

But then I realized that what I actually don’t like is having a two-party system to begin with. But even that doesn’t get to the heart of the problem, which I think is seeing things in black-and-white, and being adversarial, i.e., partisan, as a result.

Right now I’m really appreciating having a moderate president, because more than anything, we need cooperation. I actually don’t like democracy for the same reason. Voting is too crude. I favor consensus, which means working out something that everyone — not just, at best, slightly over half the population — can live with. Otherwise, you’re just forever playing tug-of-war.

I do think consensus is possible on a mass scale. Mainly, we need shared values, which is not such a tall order if we practice Nonviolent Communication, a.k.a., Compassionate Connection or NVC.

But what system we use and even what values we hold are still not enough. Ultimately, it’s about living out of love vs. fear. And sometimes I do think this is a simple way to characterize the two parties. Specifically, either we believe we’re all in this together and we trust human nature, or we don’t. But I don’t think it’s helpful to map such characterizations onto the parties that simplistically. That too is black and white thinking. 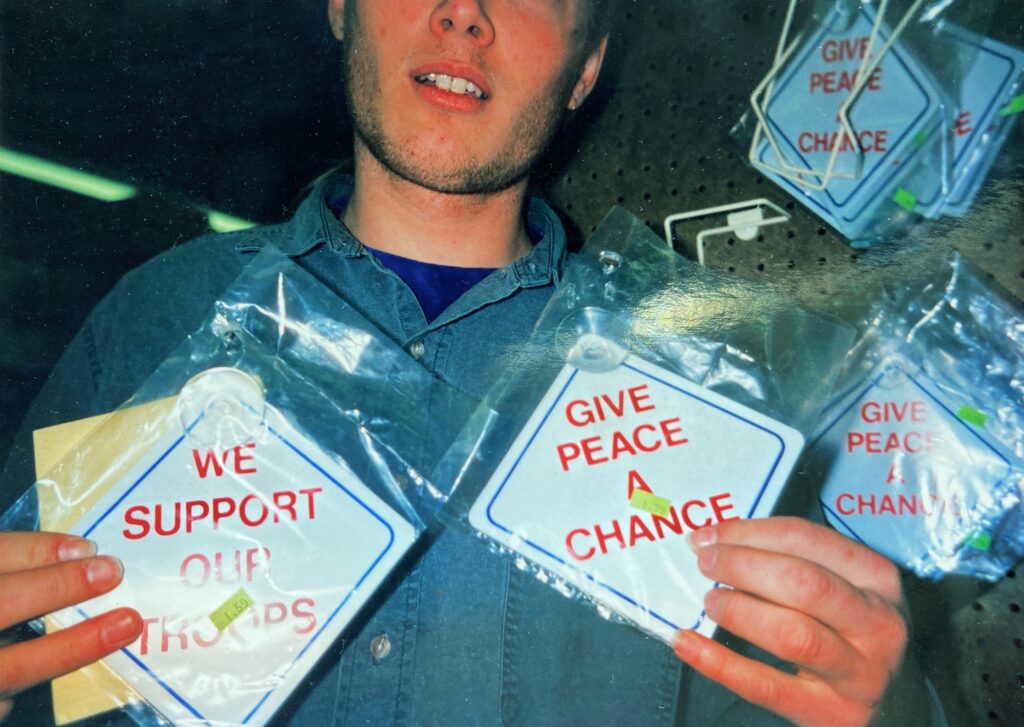 Unfortunately, social media is not designed for constructive discussion, but rather, maybe even its opposite. Trying to talk on social media is like sticking a knife in the toaster. That’s why I mostly just write essays on my website, and I don’t even enable comments. I’m happy to talk via email.

But I don’t think that even discussion, especially not face to face, is likely to get anywhere. Because most discussion, unless it’s NVC, is talking out of our heads, not our hearts. We live in fear because we avoid feeling, in our bodies, where that fear resides. I do it too, or I probably wouldn’t even be on the computer right now.

Beneath that fear (trauma) is where love is. It’s why people meditate. It’s why I recommend Somatic Awareness, which to me is facilitated meditation.

To meditate is to be thoughtful, or rather, mindful. Mindfulness means being present, not lost in thought. To mediate, on the other hand, is to go in the middle, that is, in between. Does social media connect us or disconnect us? To answer one way or the other would be black and white thinking. And we know where that leads.

Being lost in thought is how conspiracy theories happen. It’s how hate and partisanship, war and stalemates start. The solution is not far away. You’re sitting in it.