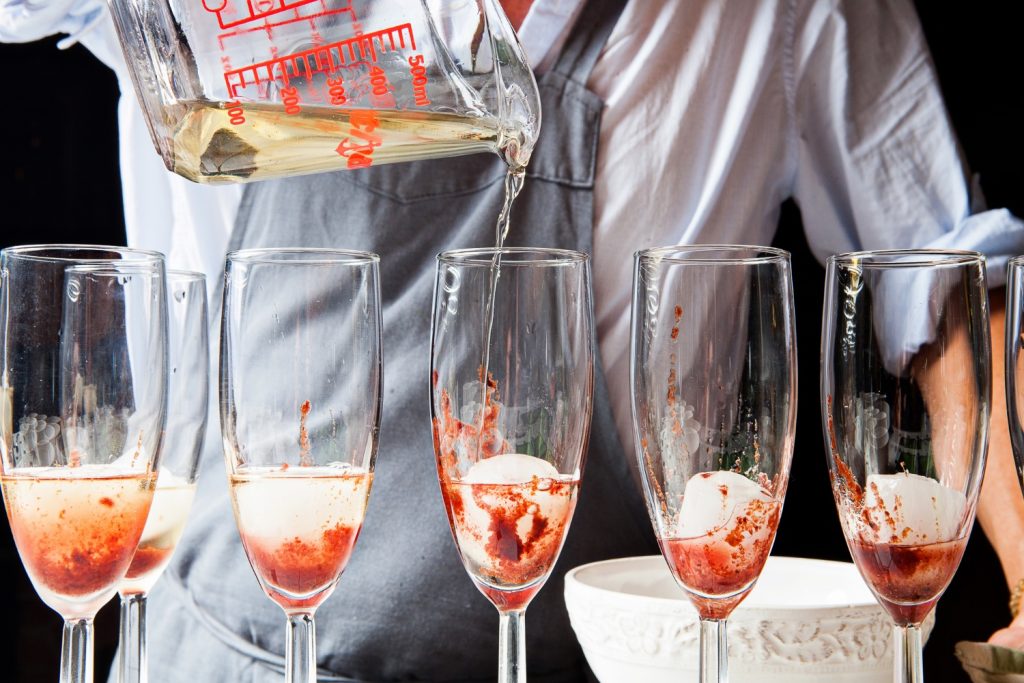 Here are about sixty wild foods that are common in Western North Carolina and are usable for drinks. There are surely many others.

ants, carpenter: their sourness can be soaked out

basswood (linden): the flower is well-known for tea

black walnut: made into nocino

elder flower, berry: flower is used in St-Germain, the berry in wine

hen of the woods (maitake): decoction is very savory

Japanese knotweed shoot: the flavor is just like rhubarb

persimmon fruit, seed: the latter can be roasted like coffee