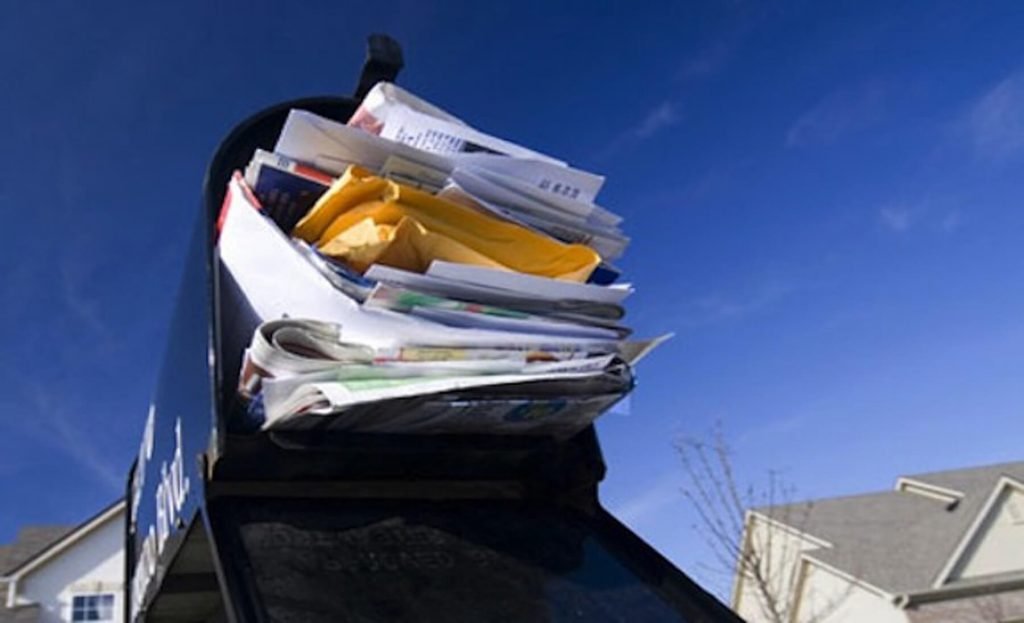 My partner did a simple thing. She joined The Audubon Society, thinking she would be helping the environment. Ever since, we’ve received a flood of constant junk mail, not only from Audubon, but from a dozen other national organizations. not all of them environmental. Of those that supposedly are, I wonder if they consider that “roughly 44 percent of junk mail goes to landfills unopened.” In our home, 99 percent goes straight to the recycling bin, and the idea that recycling makes it OK is a wishful fantasy.

I did a little research on the issue. I found that environmental groups stick with direct mail — as opposed to email — because it gets them more new members. But these memberships seldom last. It’s a get-rich-quick scheme, in the long run, hurts us all. Is it worth it? Do the ends justify the means? I doubt it.

Here’s what I found, in chronological order. I’m sure there are better sources than most of these. I just don’t have the time to be cleaning up environmental organizations’ messes.

I’m not saying we shouldn’t support these groups. I just want to see them stop this practice. I’m sure there are exceptions: organizations that won’t spam you or sell your info to other groups. My last link lists a few. If you know of others, feel free to post in the comments.

It started six months ago when I made two modest contributions: one to Zero Population Growth and the other to the Nature Conservancy… Sending money to them makes me feel, if only in a marginal way, that I am serving some noble purpose, that I am doing some good.

As it happened, I was doing some bad. To my horror, those two measly contributions turned me into a Frankenstein of the forests, unleashing wanton destruction of the very thing I was sending money to save: trees. In the four months after I made my contributions, I received 69 pieces of mail from 34 different organizations. Obviously, I had been put on an easy-mark mailing list, my name and address sold to other like-minded outfits.

Most of the 34 groups were loosely affiliated with tree-hugging or its outer branches… What they all had in common — besides being fund-raising ploys — was that they were made from paper. Dead trees. Heap my pile upon the piles in every other tree hugger’s home and you have a major ecological catastrophe.

Never mind that these organizations consoled you with disclaimers like “Printed on Recyclable Paper,” “Contains Recyclable Cellulose Window” and (my favorite) “Printed with Soy Ink.” The bottom line was that a hell of a lot of innocent trees died for these shills.

Never mind, either, that some charitable souls might dignify my eight-inch pile as nonprofit fund-raising mail. Or that the people who get paid for designing it prefer to call their handiwork “direct mail.” In my eyes, it’s plain old junk mail.

If junk mail has been a gold mine for business, it has been the lifeblood of non-profit groups.

”We’d be cutting ourselves off at the knees if we stopped direct mail,” said Rosemary Carroll, director of development for the Sierra Club, an environmental group of national stature.

Last year the Sierra Club sent out 20 million pieces of junk mail and spent $5.6 million of its $35 million annual budget to mail it.

”If it pays for itself and it works and it brings in new members, we use it,” Carroll said. ”If someone chooses to join the Sierra Club and we have a relationship with them through the post office, I don’t consider that junk mail.”

Some groups, including the National Wildlife Federation and the National Audubon Society, seem so embarrassed about their direct mail that they say they don’t compile figures or won’t release them.

”As an environmental group, we wouldn’t want to talk about that,” said Barbara Burge, of the Audubon Society. ”We already get so many letters from people who want less mail.”

“Junk Mail: An Environmental Issue Groups Want To Save Trees But Need Paper They Provide,” 1/18/90

But in turning to mass-market fund-raising techniques for financial sustenance, environmental groups have crossed a kind of conservation divide. No allies of industry, they have become industries themselves, dependent on a style of
salesmanship that fills mailboxes across America with a never-ending stream of environmentally unfriendly junk mail…

Even a single fund-raising drive generates massive waste. In 1999, The Wilderness Society mailed 6.2 million membership solicitations — an average of 16,986 pieces of mail a day. At just under 0.9 ounce each, the weight for the year came to about 348,000 pounds…

“To me, as a professional biologist, it’s not conspicuous what most of these organizations are doing for conservation. I know that some do good, but most leave you with the impression that the only thing they are interested in is raising money for the sake of raising money.”…

Internal Sierra Club documents show that as few as one out of every 100 membership solicitations results in a new member.

Probing further reveals that mail-order “membership” turns out to be a poor measure of civic engagement… Greenpeace became the largest environmental organization in America, accounting for more than one-third of all members in national environmental groups at its peak in 1990, through an extremely aggressive direct-mail program. At that point Greenpeace leaders, concerned about the spectacle of an environmental group printing tons of junk mail, temporarily cut back on direct-mail solicitation. Almost immediately their membership began to hemorrhage, and by 1998 Greenpeace membership had plummeted by 85 percent.

Perhaps surprisingly, environmental groups — whose members say they are concerned about junk mail — are cool to the idea of a registry that prohibits marketers from sending mail to those enrolled and that fines violators. One reason may be that most environmental groups are themselves junk mailers. They use standard mail for their solicitation letters.

I e-mailed half a dozen environmental groups asking if wasteful direct mail campaigns undermine their goal of saving the planet.

Just one replied. Jenny Powers is spokesperson for the Natural Resources Defense Council.

Jenny Powers: “We recognize the environmental impacts of direct mail. And that’s why we’ve taken steps to make sure we do it as sustainably as possible.”

The NRDC sends all its correspondence on recycled paper.

I broke up with the Sierra Club about more than a decade ago when I realized how often they were selling my name and address with companies that one would not associate with the Sierra Club. Once on a list, it’s very hard to get off the list. I use a slight misspelling of my name or address to see which organization creates my junk mail. The Sierra Club has seriously lost its way!

Junk mail constitutes 6-10% of U.S. paper consumption, 4-7 millions tons per year, and is perhaps one of the largest disutility generators in modern life. Its only useful function seems to be keeping afloat the U.S. Postal Service, as it accounts for half of U.S. mail. Ironically, one of the largest sources of my junk mail was environmental non-profits asking for donations.

I receive more junk mail from “environmental groups” than from all other entities combined. It’s crazy!…I publicly denounce the following organizations for sending out nothing more than junk mail on a monthly basis. Natural Resources Defense Council – The Mail Blitz! You will receive weekly oversized mailings with letters printed on one side of each page, double-spaced, or oversized glossy, full-color foldouts with strikingly little information of value. Heaven help you if you ever decide to quit this organization…it’s like the mob. You will never stop getting mail from them. Never… So, beware to whom you contribute…