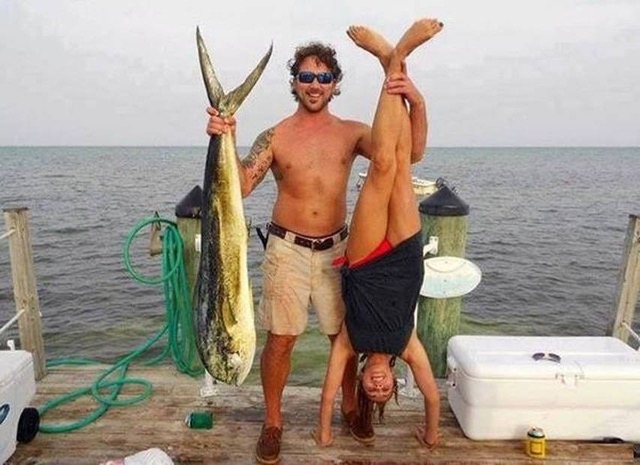 Perhaps the truth depends upon a walk around the lake.

The other day, I saw a billboard advertising a nearby town. It said, “Endless fishing fun – unless you’re the fish.” This is far more profound than I think they intended.

I don’t like line fishing. I think it’s cruel to the fish. I’m OK with using a net, though. That’s because to survive as animals, we have to kill other animals. That’s the topic of another essay. My point here is that we too are, in a sense, fish. In order to live, sooner or later, we get caught too. We die. We have pain. Still, life can be “endless fishing fun” — unless you’re the fish.

Most of us think we are human beings. That’s not exactly true. We are Life being human. Can you see the difference? You are not human; you are life itself. To know this is to be enlightened. To paraphrase Alan Watts, “when you become one with your experience, you can no longer be the victim of your experience.”

Eckhart Tolle gives a simple example. You probably wouldn’t care much if you heard that someone’s car has been stolen — unless it happens to be the car you consider your own. Similarly, Paul Simon sings, “the only time love is an easy game is when two other people are playing it.” In other words, we suffer when we take things personally, when I see it as happening to me.

Today is my 50th birthday. I decided to spend it with you. I crossed off a few ideas that might sound more conventional. Instead, I wanted to figure out what to do with the rest of my life. I was taking it personally. It’s so easy to forget, had I come up with something more or less grandiose, how little it would have mattered. It’s like making a big deal about a wedding. Tomorrow is another day — and for many, another relationship.

Plato says, “No human thing is of serious importance.” How can we think that, when people are dying, the world is so f-d up, and we’re all suffering, to some extent, because of it? Here’s how — and why it’s the best thing we can do.

I think the best thing we can do — for everyone — is to realize that not only suffering but even pain is a choice: maybe not in the short term, but definitely in the long run. Why is nothing human so important, and life is a choice? Because it’s Life, not “beings,” human or otherwise, that’s living it.

When we “get” this, we can trust that everything that happens is for the best. We can believe, if you will, in God, which is simply what I call life itself.

Life is good. We don’t have to do anything. Everything’s perfect already. Does that sound radical or ridiculous? I don’t think faith is required to find out. There are ways to not just believe these outrageous claims but to know they are true. One way is a mystical experience, like a near death experience or a safely-conducted drug trip. But the bull-shift I’m talking about involves healing from trauma. In this culture, nearly everyone has been traumatized. And for that, I recommend Somatic Experiencing.

Talk is cheap. When it comes to “being the change,” ideas are not very helpful. But today is my birthday and I like talking about the meaning of life. So I’ll have seconds.

When you think about it, the suffering humans have inflicted on each other since time began has always been a means to an end. We’ve always felt we had to do something in order to achieve something else. When people realize they don’t have to do anything, not even eat, they never choose to hurt each other. Why? Because the only way to achieve this degree of freedom is to realize who you really are. And who are you really? Everyone.

I’ve been thinking of another essay I was going to title,“Worse Than Hitler.” Sure, it’s click-bait. But since no human clicks are of serious importance, here it is.

Hitler wasn’t so bad. I say this as a descendant of Jews that died in The Holocaust. I say this because I think it’s the only way to prevent another holocaust. There have been many holocausts throughout history, and not taking them personally is the best we can do to avoid them.

I don’t think Hitler was that evil. Here’s why. I think we characterize Hitler as the epitome of evil given the scale of what he accomplished. But evil is a question of quality, not quantity.

To me, to be “evil” is to live backwards. In case you missed it, that’s a play on the spelling. It’s also instructive. In my view, the most evil thing you can do is to live for yourself, to be selfish in the usual sense of the word. Hitler, as far as I know, wasn’t just in it for himself. Sure, he was crazy, but he was doing what he thought was right for his people (for more on this topic, see Ordinary People and Extraordinary Evil by Fred Katz or The Nazi Doctors by Jay Lifton).

Maybe I’m wrong about that; it doesn’t really matter. My point is that truly living, a.k.a., “endless fishing fun,” comes from being identified with ALL of life. Being evil, on the other hand, is to be identified with the ego. Evil, or “mistaken selfishness,” causes suffering to everyone involved, especially the person stuck in their ego. When you look at our epidemic of mass shootings today, the perpetrators are mostly very isolated people. They are stuck in their ego, their trauma. It plays out first in their heads, and ultimately, in our lives.

To be clear, I don’t believe in evil. There are just people trying to meet their needs the best way they know how (for more on that, explore Nonviolent Communication). The more narrowly focused on your perceived ego’s needs, the more “evil” you are. But “evil” is not the word for it; the word for it is crazy. The day we end holocausts, mass shootings, and ALL human suffering is the day we realize and teach our children this simple fact: We Are One.

That doesn’t just mean humans. There is no “environment.” We’re not on the earth; we are the earth. We’re not just renters; we’re the HOUSE.

Now, what’s more crazy, to breed mass murderers or to rent some effishiency?

Time to take a walk.