Each year, millions of Americans suffer from the debilitating effects of a devastating disease.  Are you at risk? Take this quick survey to find out. Which of the following statements are true?

If you chose at least two answers, you could have fungophobia. Fortunately, there is a cure.  The truth might just set you free.

Out of 10,000 mushroom species in North America, less than a dozen are deadly.  Granted, there are about 200 common mushrooms that are merely toxic. They won’t kill you, but you might wish you were dead.  However, that leaves almost 9800 species, at least 250 of which are edible and common.  The rest? Their edibility is unknown.  No one’s willing to find out! 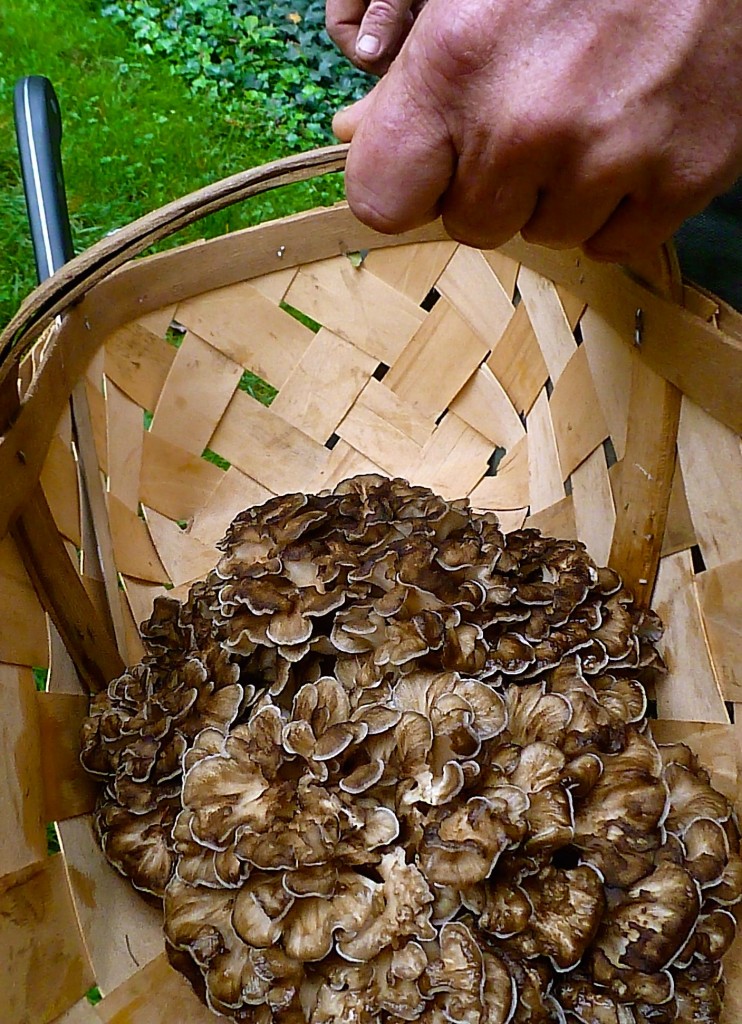 But get this: very few mushrooms are suspected of being poisonous.  The vast majority are believed to be quite harmless. Of course, that doesn’t mean you want to play fungus roulette.  In some areas, the culinary culprits are quite common.

I’ve been hunting, eating, selling, and feeding wild mushrooms to courageous consumers for over 20 years.  And I haven’t lost a customer yet. After two decades with nary a basket case, I’ve managed to pinpoint exactly what one needs to know in order to boldly go where no one has died before. I will tell you now- for free!

What do you do when you are not sure if what you’ve gathered is edible or regrettable? The answer is one word, and that word has only three letters.

It’s the middle of etksalf backwards.  I did that in case you looked ahead. Experienced mushroom hunting teachers learn these tricks the hard way.

The Tonga of Southern Africa don’t have to learn the hard way. They have a well-known saying, “the one who asks is the one who does not get poisoned by wild mushrooms.” Simply put, DIY is DUM. Until you are an expert, consult one.

Don’t worry, it’s perfectly safe to touch and smell even the deadliest mushroom.  In fact, picking mushrooms is like sitting in a car. Nothing terribly dangerous about that – unless you’re driving with your eyes closed. Mushrooms are the same way: staying safe has less to do with how much you know than with how careful you’re willing to be.

Are you dying to learn how to forage? The last thing to remember is that haste makes waste. When shopping the Safe-way, the only thing that separates the novice from an expert is practice. If you can tell cabbage from iceberg lettuce, you can tell an edible mushroom from a deadible one. And you don’t need any book to do it. You just need practice and guidance. The only “field guide” worth having is one with two legs.

The world is full of expert mushroom hunters. Most of them live in places where mushroom hunting is as common as driving. Imagine if learning to hunt mushrooms were part of growing up, like learning to ride a bike or tie your shoes. In fact, it’s much easier.

This is how it is in much of the world. People learn to recognize one mushroom from another effortlessly- just like you can spot a sibling in a crowd- simply because you grow up with them. This is the natural way, the only way that works. Only practice makes perfect.

Why bother? Mushrooms, like all wild foods, are superfoods because they are what we evolved to eat. It’s not that they’re so good for you; it’s that anything else isn’t. It should be no surprise, for instance, that beefy-tasting mushrooms are high in protein. Some have as much protein as meat or milk. Mushrooms are also rich in most vitamins, particularly B and C, and contain practically all the major minerals, especially phosphorus and  potassium.

The most common and popular mushrooms in our area include lobster mushrooms, which look and even taste mildly like lobster; chicken of the woods, which really does taste like chicken; chanterelles, which also have a firmer texture than button mushrooms plus a faint smell of apricots; maitake, which is even firmer with a meaty/nutty flavor; and honey mushrooms, also nutty but slightly sweet and tangy as well.

Every mushroom tastes different, even the “same” mushroom growing in different locations. That’s part of the charm of foraging. Foragers can’t be choosers, so the woods is always full of surprises. No garden-variety produce here!

Probably the best part of foraging is that it feeds you whether or not you find anything.

Besides exercise and time in nature, you gain the reassurance that you are provided for. You may not ‘hit the jackpot’ every time, but sooner or later, you will.

Mushroom hunting, then, can be a kind of meditation, a spiritual practice in nonattachment.

Can you “look without seeking?” Can you just take a stroll through the woods, alone, or with a friend, and not miss the forest for the fungus?

The deepest lesson mushrooms bring us is that there’s no need to hurry or worry. Good health and real wealth are our birthright. Both come in time, naturally.

Fungophobia is just one aspect of biophobia: fear of life. Do we really have to struggle in a world of scarcity? That’s not my experience. We may have left The Garden, but it has never left us. Cure your Eden disorder today! 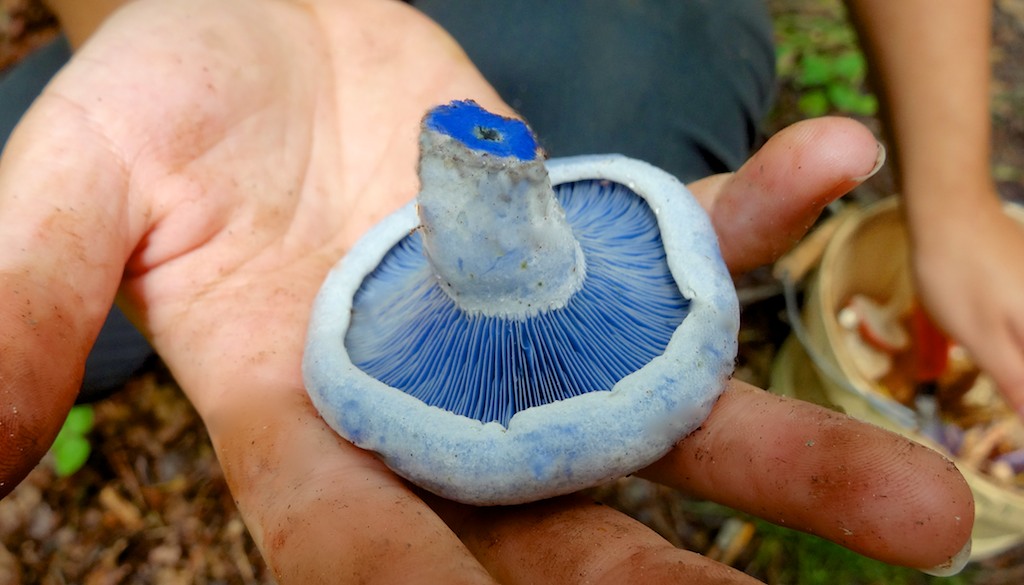