For this I went to Princeton? 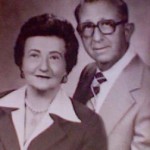 My grandparents were from Poland, Russia, and Turkey. My maternal grandfather attended the Sorbonne in Paris and was eventually a 33rd-degree Mason. My grandmother, by the time she came to the U.S., spoke six languages: Polish, Russian, Yiddish, Hebrew, Spanish, and English.

They came to Cuba in the late 20’s. Everyone in the family who didn’t leave was killed. One relative was gunned down in her home in front of her children. Another was buried alive.

My family all fled the Cuban revolution in 1960. My parents lived on 5 cent hamburgers in a roach-ridden apartment in Miami. My dad would buy broken TV sets, fix and resell them. It wasn’t exactly “I Love Lucy.”

I was born off Calle Ocho west of Little Havana. I never knew my paternal grandfather, my Hebrew namesake. My other grandfather died in 1986, the year I left home. I went to college in New Jersey, never having seen snow, on a major scholarship.

The year after I graduated, I visited my abuela Ena, my last living grandparent, at her condo in the Maison Grande on Miami Beach. I showed her pictures of the subsistence farming & farming that three friends and I were doing on at the time. Of course I got the usual pressure to marry Jewish and move back to Miami. I had brought a friend with me, and when I went to the bathroom, she leaned over and whispered, “for THIS he went to Princeton?”

Well, 25 years after matriculating as an engineer (and 20 after graduating as a philosopher), another friend documented my high-tech wild cherry acquisition system. I haven’t patented it, nor do I remember being taught the method in college, but perhaps I did learn something useful after all.

For my Miami family, self-reliance primarily means financial security. Fortunately, they know that fame can bring fortune, so now that the TV says I know what I’m doing, they’re starting to believe it too.

For so many years, though, we had such a hard time relating, just as Cuban-Americans, the formidable political force behind the U.S. embargo, don’t get along with the communists, just as the Jews who left for Cuba a generation before them fled the Nazis. Do the histories of family and nations have to consist of repeated conflict and exile, or can there be reconciliation? Can we learn to get along without having to leave? 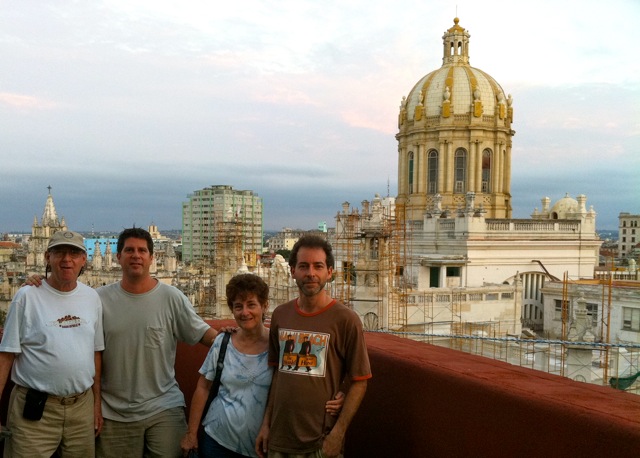 The view of the presidential palace from my mom’s childhood apartment. It was my parents’ first return to Cuba in fifty years. My brother and father fought the whole time.

My grandparents are all gone, but my relationship with my family has vastly improved, mostly thanks to Nonviolent Communication. I started a school for it with a friend so I could learn it myself. And there is still much work to be done, for the final frontier in healing is usually with your own heritage. Like Ram Dass says, “if you think you’re enlightened, try spending a week with your parents.”