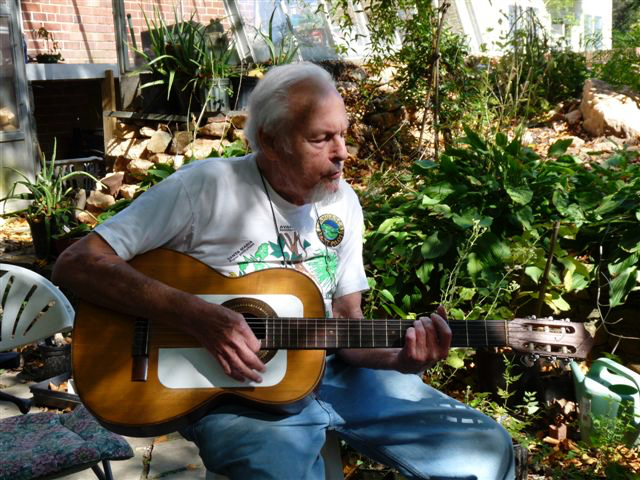 Two days ago, I wrote Jim Duke an email. The last I’d heard from him was a year ago. I had watched a video of him online from three months ago. Twenty minutes ago, I found out he was gone.

In case you don’t know who Jim Duke was, here is some basic info. If it’s too boring, skip ahead.

James A. Duke, PhD, published over twenty-five books and 100 papers on herbal medicine, medical botany, and natural foods. His books include The Green Pharmacy, Peterson’s Field Guide to Medicinal Plants, Handbook of Medicinal Herbs, The Medicinal Plants of China, Herbalbum: An Anthology of Varicose Verse (record), and Lewd Latin Lexicon. The Green Pharmacy sold over a million copies and is available worldwide in Spanish, French, German, Danish, and Japanese.

After a thirty-year career as Economic Botanist for the USDA, working in over fifty countries, Dr. Duke served for five years as Senior Science Advisor for Nature’s Herbs. He was an advisor to Reader’s Digest, Time-Life, The National Institutes of Health, The National Cancer Institute, and The World Health Organization, and consulted for the agriculture, beverage, cosmetics, ecotourism, food, nutraceutical and pharmaceutical industries.

For fifteen years, Dr. Duke, or Jim, as he preferred to be called, led ecotours of Belize, Kenya, South Africa, Peru, and Tanzania. Fluent in Spanish, he lived for two years with the Kuna Indians in coastal Panama and the Choco in Colombia. In 1998, he received the Rachel Carson Conservation Award for his work in the Peruvian Amazon. He served on the faculty at Maryland University of Integrative Health and was a trustee of the American Botanical Council and a lifetime or honorary member of over fifteen other professional organizations.

Jim’s demonstration garden in Fulton, Maryland, with over three hundred medicinal plants arranged by their uses, is frequently visited by researchers, journalists, pharmacists and other professionals from around the world. He was also a songwriter, frequently composing and performing odes to the plants he loved.

The popularity of Jim’s books is epitomized by this review of The Green Pharmacy:

Dr. Duke puts so much of his own personality into his writing that the reader feels as if she is participating in a friendly, informative and entertaining conversation. I think this is the essence of his success. The depth of his knowledge is amazing, but to me, even more impressive is his ability to communicate this knowledge to others in a straightforward, easily understood and sympathetic style. What other reference book on health care could be so hard to put down?

In short, the Jim I knew was a real person. Few people were so grounded, literally, in the real, natural world, and at the same time, able to talk to researchers in words that averaged four syllables or more. Seldom if ever did I receive an email from Jim that did not contain an incomprehensible excerpt from his magnum opus, his phytochemical database.

Jim cared about people and about the world. He was a chief mentor of Frank Cook, another beloved herbalist, and it pained him much, in 2009, to lose him. It also pained him to watch the pharmaceutical industry and our culture in general remain so entrenched, decade after decade, in the debacle of modern medicine.

Jim was a Southern gentleman, in bare feet, and bare heart. He will be missed, and someday, honored for keeping alive the only thing that can truly heal us, the love of the Earth.