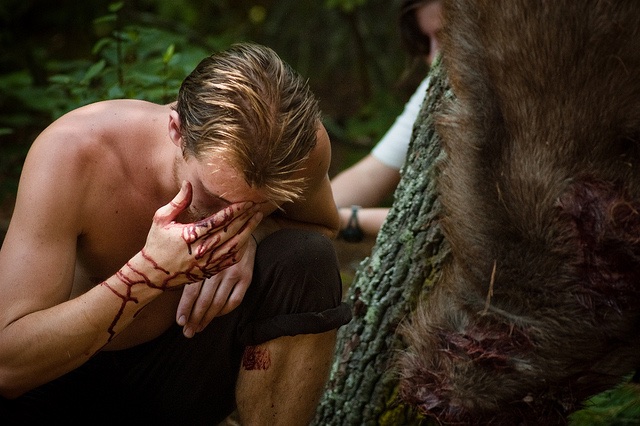 I like to say that the best thing you can do for animals is to kill them. If that sounds cruel, read The Vegetarian Myth. I’m sure you won’t enjoy it. But I can also just about guarantee, whether you’re vegetarian or not, it will change your life.

I was vegetarian for two years. The author of The Vegetarian Myth stuck with it for twenty. If you want to do the right thing, and not just the easy thing, sooner or later you have to face the truth. And the truth is that you can’t stop eating meat — it’s impossible. If meat is murder, then to eat is murder. Regardless of what you eat, there are dead animals in every bite.

Do you support sustainable agriculture? I hope not. Because there is no such thing. Wheat is murder. The evils of animal factory farming are nothing compared to the devastation wreaked by growing plants. I mean agriculture, organic or otherwise, at any scale. Yet agriculture is what vegetarianism, as a rule, blindly embraces.

Being vegetarian is also incredibly bad for you. I’m not qualified to argue with you about either of these points; just read the book. I’m not saying the author gets all her facts right; there are plenty of reviewers saying she doesn’t. But without tracking down her sources, I can say that not a single fact stood out as questionable to me (well, maybe one) given my current understanding of both ecology and nutrition. 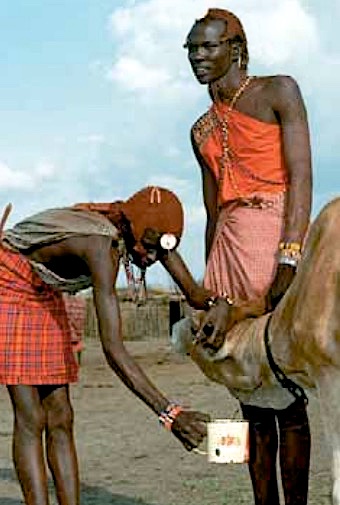 To truly take responsibility for your life, you have to face the fact that in order to live, we must eat other animals. And in order to eat them, they have to die. You can’t have your calf and eat it too.

The choice is not whether but how. “To live,” says Wendell Berry, “we must daily break the body and shed the blood of Creation. When we do this knowingly, lovingly, skillfully, reverently, it is a sacrament. When we do it ignorantly, greedily, clumsily, destructively, it is a desecration.”

In this life, it’s kill or be killed for.  Either you’re doing the dirty work or someone else is doing it for you. If you have not consciously chosen the person that actually does it, you can be sure that it’s someone who cares much less about animals than you do.

When we’re terrified of death, it’s because we see ourselves primarily as separate individuals. Only when you no longer see yourself as a separate individual can you truly care about others as much as yourself. Only then are you able to act effectively to reduce suffering in the world, including your own. When you don’t see yourself primarily as an individual, you don’t see killing individuals as the problem. You see that violence lies not in what we do but how — or rather, why.

All that said, it’s not the truth that sets us free; it’s love. Whether or not “meat is murder” is an argument that goes in circles as long as we have closed hearts. Only with love does fear give way to the truth. Then doing the right thing is easy.

The best practical tools I’ve found for reviving true compassion are Nonviolent Communication and Somatic Awareness. These are the foundation of the curriculum at The REAL Center.

But you don’t have to go to school to love. Right now, just try moving at least half your attention from your head to your heart. Like they say, that’s the longest journey. The truth is just that far away.