White Pine for Food and Prophet 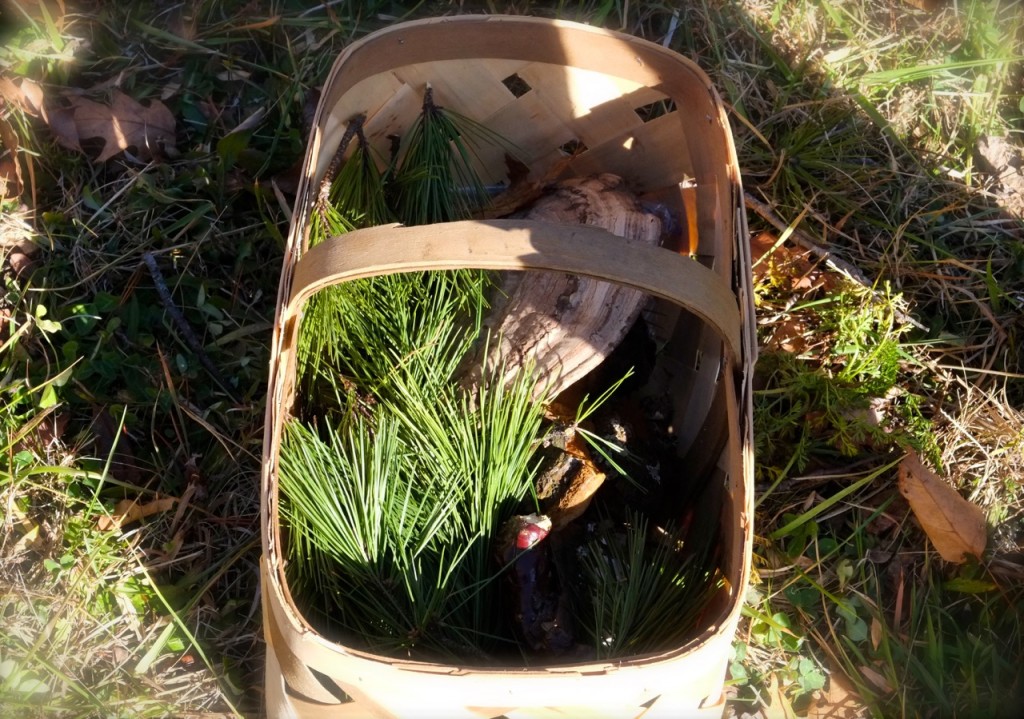 If a pine tree falls in the yard, does anybody hear it?

Last December, a pine tree fell right where I was scheduled to teach the next day. There wasn’t much else out at the time, so I spent some time talking about it. For the first time, I also gathered a bunch to use myself.

Out of 125 common wild foods in Western North Carolina, pine is one of the most useful and the most common. It’s also one of the most neglected, probably precisely because it’s all over the place.

The Bible says, “a prophet is not without honor save in his own country.” It means we take for granted what’s always there. Like air, it becomes invisible. We don’t miss the fungus but the trees.

I teach wild foods for a living, and even I have rarely used pine. The early explorers used it to prevent scurvy. I use it in winter to have something to say. The rest of the year, pine quietly provides a home for many of the mushrooms I focus on, including lobster mushrooms, dozens of different boletes, and even on occasion, morels, all of which are symbiotic with pine.

You may have heard of pycnogenol, a powerful antioxidant typically extracted from the bark of a pine tree that grows on the coast of France. As romantic as that may sound, you don’t have to get your medicine in a can from Cannes when the original pine extract came from our very own Eastern White Pine.

If stripping bark is not your cup of tea, just use the needles. They’re high in vitamins A and C. In fact, one cup of pine needle tea can have five times as much vitamin C as a cup of orange juice.

To prepare, pick a handful of needles, remove the papery brown ends, and chop into 1/2-inch pieces. Pour a cup of scalding but not boiling water over a tablespoon of chopped needles. Let it steep for ten minutes, then strain. Sweeten with honey if desired. It’s that easy.

If you’ve ever read The Alchemist, you know the lesson pine has to teach us. If you haven’t, I won’t give away the ending. Learn to use pine, and you’ll find out for yourself.