We are a Dream 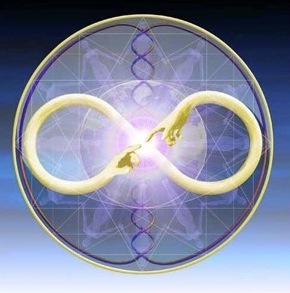 The opposite of addiction is not sobriety.
It’s connection.

We face the same basic challenge today that we have faced since the dawn of history: to wake up to who we really are. 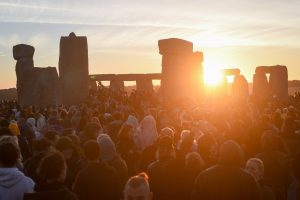 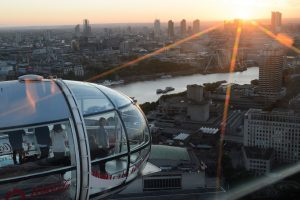 These two photos were taken early this morning. The second is from the Coca-Cola Eye, which opened before dawn today for the first time to mark the Summer Solstice.

Today marks one month since my birthday, on May 21st. I just turned 50. It’s my Jubilee year. I used my birthday to mark a new beginning. I did a simple ritual where I stepped into a new life. Part of this new life involves saying what I really want to say. Hence this talk, which I’ve been preparing since 4 o’clock this morning.

Yesterday, I went to a 68-year old friend’s first birthday party. She was adopted, so she never knew her birthday or her mother. This year, after decades of searching, she finally found both.

What I do, in a sense, to help people to do the same thing. In 1995, I founded a natural health education organization called No Taste Like Home. Our focus is foraging, which means gathering wild food, also known as hunting and gathering. Foraging can help you to find your mother: not the one who gave birth to you, the one who gave birth to us all. 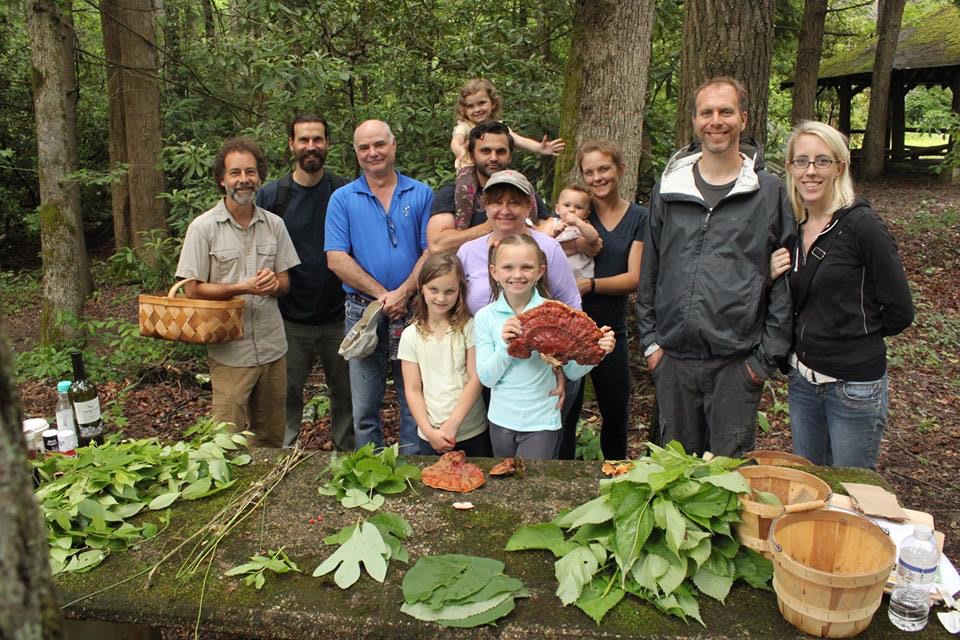 I first started foraging right after college, which led to my grandmother saying, “for this he went to Princeton?” At the time, I was dirt poor. At one point, I remember digging under the car seat for quarters.

The car was a gift from my parents. I used it to drive around the country looking to join a commune. I landed in Asheville just as my relationship with my family had so deteriorated that I did not speak to them for five years. I remember my girlfriend consoling me with, “let the Earth be your mother now.”

Twenty-two years later, I run a thriving organization. I’m talking to my parents. I’ve found my mother, who is much bigger than the Earth. And I’ve found myself.

Fifty years ago, on April 4th, Martin Luther King Jr. was killed. His most famous line is, of course, “I have a dream.” Whether we know it or not, we all have the same dream. In fact, the dream has us, because we’re living in it.

In 2001, I helped write the book to accompany a new tarot deck. Tarot decks include a set of cards which are almost identical to a regular playing card deck. They also include a series of “major” cards. And the final major card, number 21, is often called The World or The Universe. 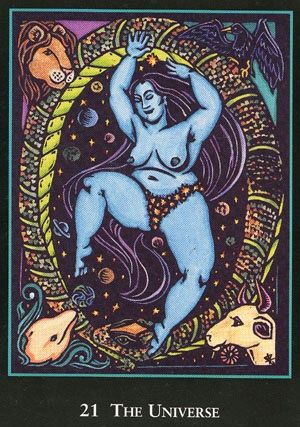 The world is your mother. And it’s who you really are. 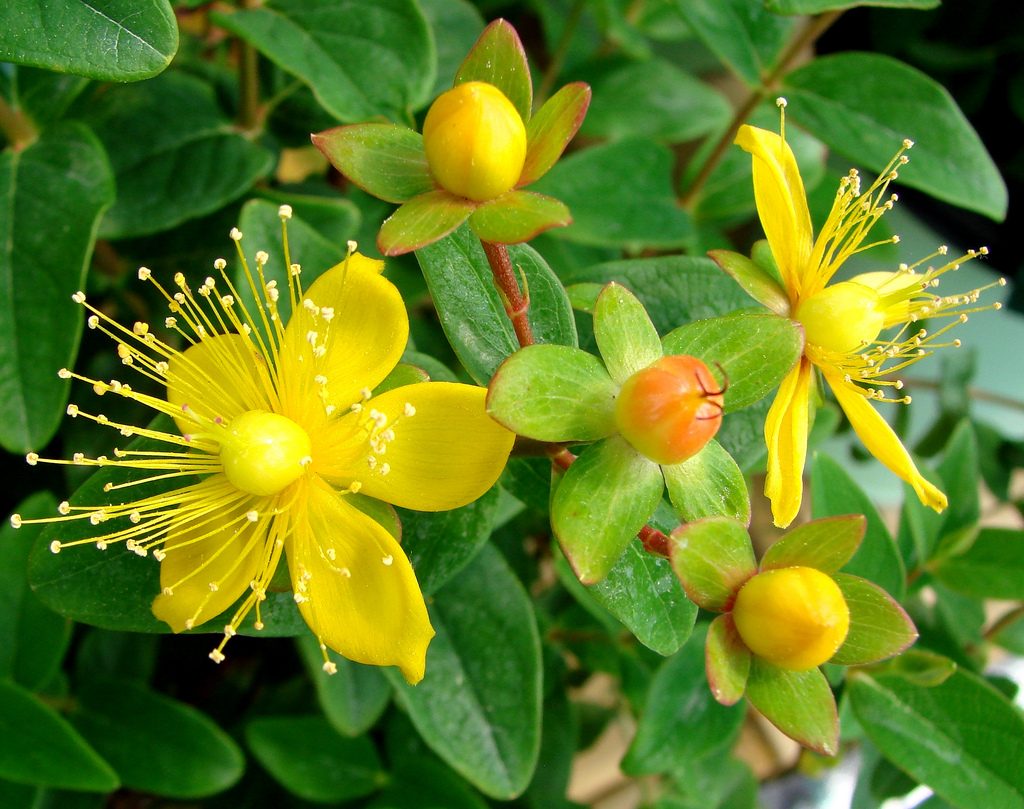 Three days from today is the feast of St. John. It’s analogous to Christmas, which is three days after winter solstice. St. John’s Wort is named after St. John because it blooms on this day. And what is St. John’s Wort known for?

So what is good for depression? The same thing that’s good for heart disease, cancer, and diabetes. These are three of the leading causes of death in the world. Collectively, do you know what all three are called? Lifestyle diseases, or diseases of civilization. They didn’t originate with civilization, but their rates have skyrocketed with it.

To be civilized, or a civilian, literally means to live in a city. The words uncivilized, wild, savage, pagan, and heathen all mean “one who lives in nature.” Nature, as in natal, means “by birth.” It’s what we’re born to do. I teach people how to live naturally. And that, in my view, is what heals these diseases. So what is natural?

The most important aspect of being natural is not where you live or how; it’s what you believe. The Rotary Club, at least in principle, is an organization that promotes nature. I say this because the Rotary Club’s guiding principles basically say one thing: care about everyone. To care about everyone and everything is our true nature. And it’s the one thing, ultimately, that heals us.

My organization recently partnered with a new, free community-based opiate addiction recovery program called SeekHealing. The whole premise of SeekHealing is that the root of addiction is disconnection. We’re disconnected from the earth, which is why you probably didn’t know today is Summer Solstice, or else you didn’t care. That would be pagan!

We’re also disconnected from each other, except for clubs like this, which is why, when a national survey in 2006 asked Americans how many close friends they have, the #1 answer was zero.

Being connected, then, is ultimately what being natural is about. And connection, it seems to me, is what The Rotary Club fosters.

When I say, “we are a dream,” I mean that we are already all connected. After all, is anything in a dream really separate to begin with?

The word universe means “the one turning.” As in rotating, as in rotary. All connected, all one. In other words, we are all in the same boat. And yet, if our body doesn’t have cancer, if we’re not addicted to opioids, if we can pay the mortgage and we haven’t had a wildfire, a flood, or a war destroy our home, we tell ourselves we’re ok. 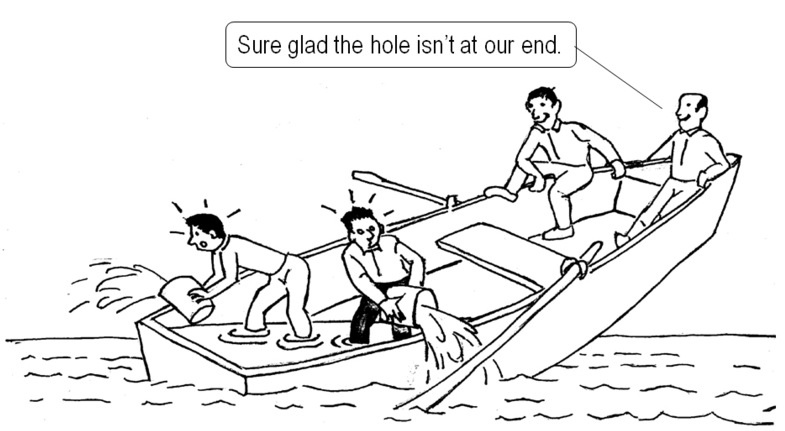 And that right there is the root of all our problems.

What we’re seeing now is a nightmare. A nightmare can only happen when you don’t know you’re dreaming, when you don’t realize that we’re all in the same boat. When you wake up, the nightmare is over. Were you really in the dream, or was the dream in you?