So much to celebrate

It’s my birthday this week and I have so much to be thankful for. For starters, our first forage-to-table dinner at The Biltmore was a success, my wild foods dinner with James Beard chef Andrea Reusing in Chapel Hill sold out, and participants in a few private outings, despite our unusually late spring, managed to find a few morels. 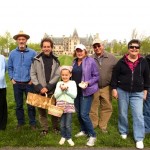 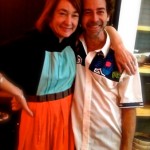 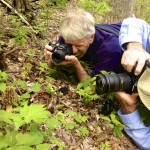 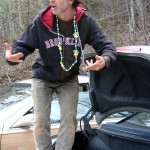 Last month, Susan Murray of Carolina B&B found a cool parasitic mushroom I’ve found only twice in nearly twenty years. She’s written a great review of the day, including pictures of the bug-mummifier, along with rare footage of The Mushroom Man.

Thanks to attorneys at Alston and Bird, No Taste Like Home will be a 501c3 nonprofit by this Fall. Our goal is, by 2030, to have every child in the U.S. be able to recognize the top ten wild foods in their area. We start our free foraging public school class for middle schoolers in July. 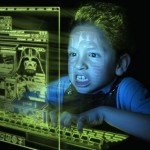 To put our goal into context, see this trailer to a new documentary about our rampant “Nature Deficit Disorder.” Imagine kids foraging instead of playing video games; we’d be addressing ADD, SAD (the Standard American Diet), and childhood obesity all at the same time. 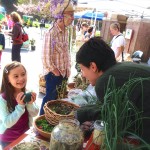 Our new wild foods market will fund the public school program, and our newly-trained harvesters will, in turn, supply the market. This is a model for a local, sustainable green industry that can solve our hunger problem once and for all, with children making money for their families and building their self-esteem in the process. Over 100 volunteers and two dozen organizations have signed up to help.

Table Restaurant has joined Zambra in hosting our ‘catch of the day’ dinners, free to anyone attending our outings; more info here. Curate is scheduled to come on board after a staff training next month.

Last winter, I consulted for Fairchild Tropical Gardens on their next annual national Fairchild Challenge and their international Fairchild Global Challenge. Both may have a wild foods/homesteading skills theme with a “Foxfire” intergenerational interview format. I also got a grant from Foundation for the Carolinas to explore growing forest-based mushrooms as a way to regenerate endangered ecosystems.

I just got back from a short but packed trip to NYC. I went on a private outing with forager Steve Brill for the staff at The Bedford Post Inn owned by Richard Gere. Gere’s wife, actress Carey Lowell, was there, and when I stayed for dinner, Meg Ryan was at the table beside us. They invited me to come back and teach there this fall.

Steve has a new foraging app out for Apple devices. There’s a free lite version and the full version is only $8. Far better than any book, but still no match for a human. Remember, when in doubt, ASK. 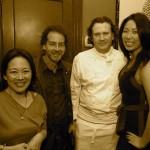 While in NY, I also attended a wild foods dinner at the James Beard House put on by Daniel, one of the top restaurants in the world. I was a guest of their official forager, Tama Wong (thank goodness; it was $180 a plate). Tama is coming to Asheville this summer to teach with me for The Market Place; stay tuned.

That morning, I met with the chef for Blue Hill, which just won a James Beard award, and it’s likely I can also do an event at their famous farm-to-table location, Stone Barns, this fall. Dan Barber, the owner, has been listed by Time as one of the most influential people in the world, and he asked how he could support my work. Then I had lunch with Ava Chin, wild foods columnist for The New York Times and author of an upcoming book on foraging, who I’ll be teaching with when I return to NY this September. 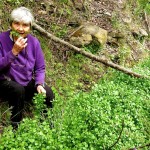 Back in WNC, I went foraging with Aurelia Kennedy, founder of Nantahala Outdoor Center (NOC), shown here munching on watercress. I’ll be talking with the CEO of NOC about back-to-nature children’s programs next month. 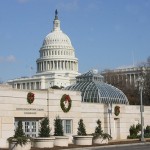 Earlier this season, I met with the Program Director at the U.S. Botanical Garden and they want me to teach there in September. I also met with our attorneys in charge of legal (USDA/FDA regulation) issues and taught at Jim Duke’s Green Pharmacy Garden.

A week before that, the wild foods market was covered by Reuters; the article went out to 13,000 news outlets in 130 countries. I’ve always wanted to make it into The Borneo Bulletin. No calls from there so far. 🙁

Remarkably, my coverage in The Raleigh News & Observer seems to have gotten even more mileage, somehow showing up on the World News Network’s page for China under “Falun Gong.” I hope I don’t get plasticized. 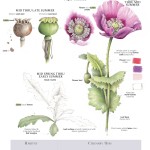 n March, this lovely new foraging cookbook broke a Kickstarter record, raising over $100k. I never got around to finishing my own book this winter, but I’m dead set on doing so this year. Wish me luck, and more importantly, discipline!