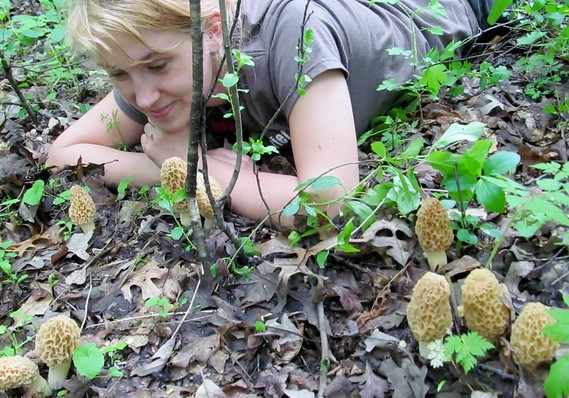 It’s 6 a.m. on a May Saturday, and Alan Muskat has already covered a lot of ground.

Muskat, a food forager who is chief executive officer of Asheville, N.C., tour company No Taste Like Home, is scavenging his neighbor’s timber — with permission — in search of gone-wild decorative bamboo he’ll trade for credit at a local restaurant.

As he walks and searches, he dances around bamboo shoots and other possible edibles as he chats on his mobile phone, his conversation darting from foraging economics to U.S. agrarian history to the fine points of Taoist doctrine. Time to think deeply, Muskat says, is a perk of the pillager.

More folks are starting to think the way Muskat does. Foraging, which has been around as long as people have eaten, has spread from home kitchens to the world’s elite restaurants: Cooks and chefs who want to eat natural, and convince customers that they’re getting something special, turn to locally found mushrooms, wild greens, edible flowers and more.

If farm-to-table is becoming ubiquitous alongside consumers’ urge to eat local, hold the preservatives, forage-to-table isn’t far behind.

And so foraging has evolved well beyond a survival tactic: Copenhagen’s Michelin-starred Noma Restaurant, for instance, crafts its menu almost entirely around foraged foods. And award-winning Sonoma County, Calif., wine expert and cookbook author John Ash recently published a cookbook packed with tips from his woods-walking Colorado days — which includes a recipe for pesto made with stinging nettles.

Those nettles — a prickly pest to barelegged kids but medicinal and edible bounty for natural-health practitioners, locavores and chefs — are a perfect example of the woodland economy, according to Muskat: It’s possible to find 100 pounds of them in an hour, and then sell the lot for $300.

Foraging has spread across the U.S.

For much of the world, foraging is no big deal. “Russian kids grow up mushroom hunting from the time they’re 3 or 4 years old,” said Mike Kempenich, owner of Minneapolis foraging tour and education company Gentleman Forager. And in Sweden, private and public land alike is open to anyone who gets the urge to pick.

In the U.S., foraging has spread across the country from places like Oregon and California over the last five years, according to Kempenich. 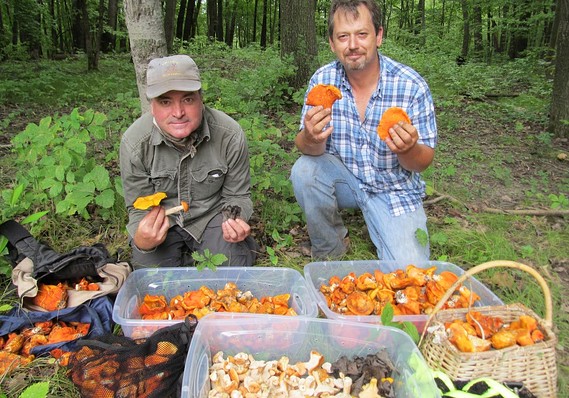 For now, the U.S. Department of Agriculture and the Forest Service lack national data on foraging output, which can vary by region. But experts and enthusiasts say increased awareness has created new sources of income for people who peer under dead logs — even turning into businesses that teach others to do the same.

Successful foraging, experts say, is a few steps removed from harvesting cultivated crops. It requires a combination of luck and expertise, which adherents say is part of the payoff: It stimulates the hunter while strengthening biodiversity on the forest floor.

Harvesting mushrooms, for example, is simply picking the fruit of the underground fungal network called the mycelium; picking helps spread the spores to create more mushrooms.

“The mycelium is an incredible web,” said Susan Alexander, a Juneau, Alaska–based economist and program manager in land and watershed management for the U.S. Forest Service, who studies human interaction with forests. “You cannot dig anywhere on the planet and not dig fungus.”

Mushrooms sit at the upper end of the foraging economy. Morels, a meaty springtime rarity, can bring up to $40 a pound wholesale, depending on market conditions and region — though they’re not easy money, as they can be easily mistaken for similar species. Their arrival heralds the beginning of the U.S. mushroom-picking season, which covers some 40 common species and in many parts of the country can span three seasons of the year. 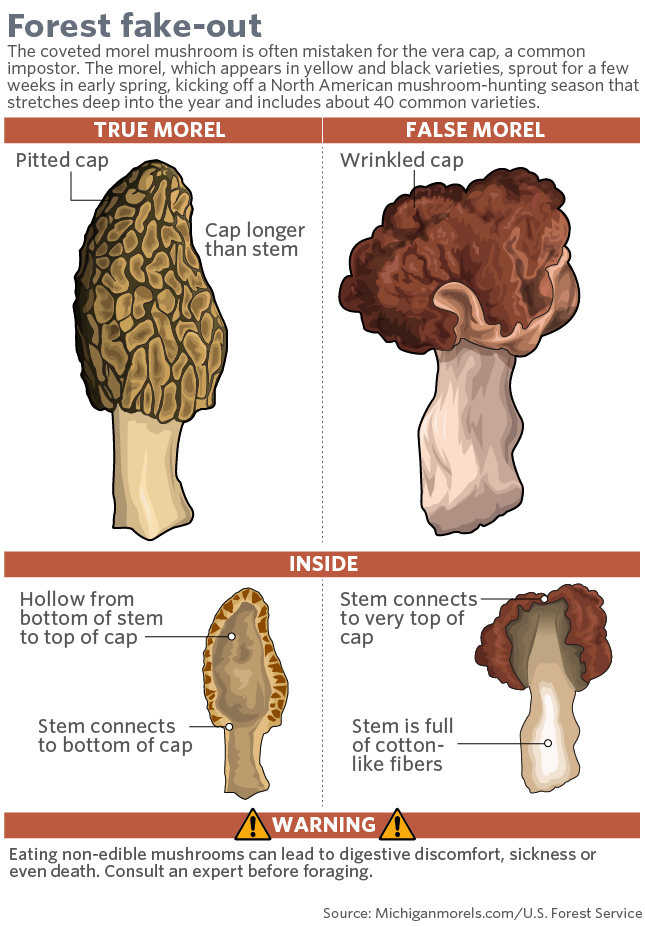 A Muskat apprentice recently came across a purportedly medicinal mushroom called reishi, which some Eastern cultures believe promotes general wellness. In parts of the U.S., the mushrooms have the unfortunate alias of “butt rot,” but in North Carolina the picker found buyers at $16 a pound.

Commercial foraging success hinges in large part on knowing your region and building out-of-the-woods relationships, according to Kempenich, which can mean spending more time in restaurants and at farmers markets. Often a hard sell isn’t needed: When he presented one “spectacular” catch of oyster mushrooms, still warm from the sun, to the owners of a Minneapolis restaurant, they gushed over the “[bleeping] sexy” specimen.

“It was then that I knew I was really on to something,” said Kempenich.

Kempenich, Muskat and others have also been able to leverage commercial know-how to sell their expertise.

Kempenich, in addition to tours and harvesting as a commercial forager, teaches University of Wisconsin–Extension wild mushroom-identification certification courses. Muskat’s No Taste Like Home offers a variety of mostly three-hour tours around Asheville at a suggested donation of $75 an adult and $30 per child; most participants pay, but Muskat wants to keep the cost on a sliding scale to encourage forage awareness. Private tours, instruction and a meal are also available for purchase.

Regulations, safety concerns shape foraging’s evolution
As amateur and amateur-to-pro foraging has grown more popular, the National Forest Service and other state and federal government entities have worked to regulate the practice of picking and protect the land itself. Private and government-protected property rules in the U.S. work differently than in pick-at-will Sweden, and would-be pickers are urged to check first.

In New York, for instance, park officials threaten $250 fines for foraging in Central Park, once fining Brill for foraging there.

Alexander and other Forest Service economists study trends and help set rules for a legal market in what it calls nontimber forest products. The regulators must sometimes react to swift market changes: In the northwestern U.S. in the 1990s, for example, bands of migrant harvesters and other foragers converged on the woods in search of the abundant chanterelles and matsutake mushrooms in the employ of professional buyers, leading the government to set permit prices. 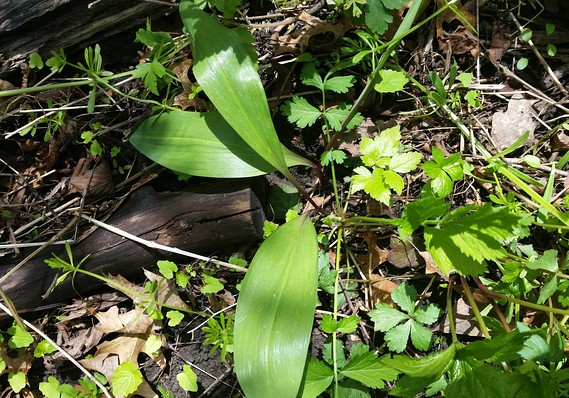 For modest pickers, permits on most state and federal land are similar to fishing licenses, though major commercial hunting could require more. Some states provide maps of designated foraging areas. And it goes without saying that private landowners might not take kindly to foragers on their property.

And there are dangers to mind, ranging from the itch of poison oak to exposure to the quite serious poisonous mushrooms that can ravage the human liver. (Experts say mushroom and plant identification is pretty clear once you spend some time studying and getting your boots muddy.)

Hobbyists and income seekers explore the forest floor
Not every foraging trip will strike gold. Morels, for instance, need the right combination of warm days and moisture, and their March-to-May picking window is already narrow. (In the West, where it can be a bit longer, wildfires sometimes extend the season. The huge burns in 2015 are believed to have contributed to prime picking this year.)

And so sometimes it truly is about the hunt itself. John Koerner, a mostly hobby forager and owner of Folino’s Pizza in Shelburne, Vt., says a recent trek with his grandchildren turned up few mushrooms but a windfall of ramps, the tender onion cousins that can crowd the forest floor in slightly moist conditions.

Koerner likes to surprise patrons with foraged additions to “daily special” pizzas, though he is protective about prime mushroom sightings and sometimes keeps morels to himself. He also hunts broadly, canning and drying chanterelles — including the desirable Black Trumpet variety — and porcini mushrooms. Dried mushrooms, which reconstitute to a quality and taste not far from fresh ones, are able to be sold on eBay.

A good day, meanwhile, varies by the hunter. A casual, periodic hunter might consider a 2- to 3-pound harvest a well-worth-it trip that will result in one or two meals. A more experienced hobby hunter likely expects to pull in 50 to 100 pounds over a successful morel season. A commercial picker, one working for profit and not just her own enjoyment, likely needs to collect 100 pounds a week for optimum profit, experts said.

But for some, foraging is simply about unearthing a new-to-you ingredient. 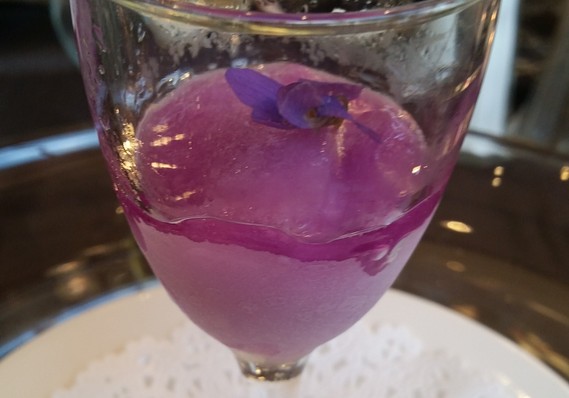 Others search because, they say, it’s good for the planet and, therefore, its human inhabitants. Muskat wants to reduce dependency on traditional farming, shifting more food production to what he calls “permaculture pillaging.”

“In other words,” he says, “leave the trees. Eat the fruit.”