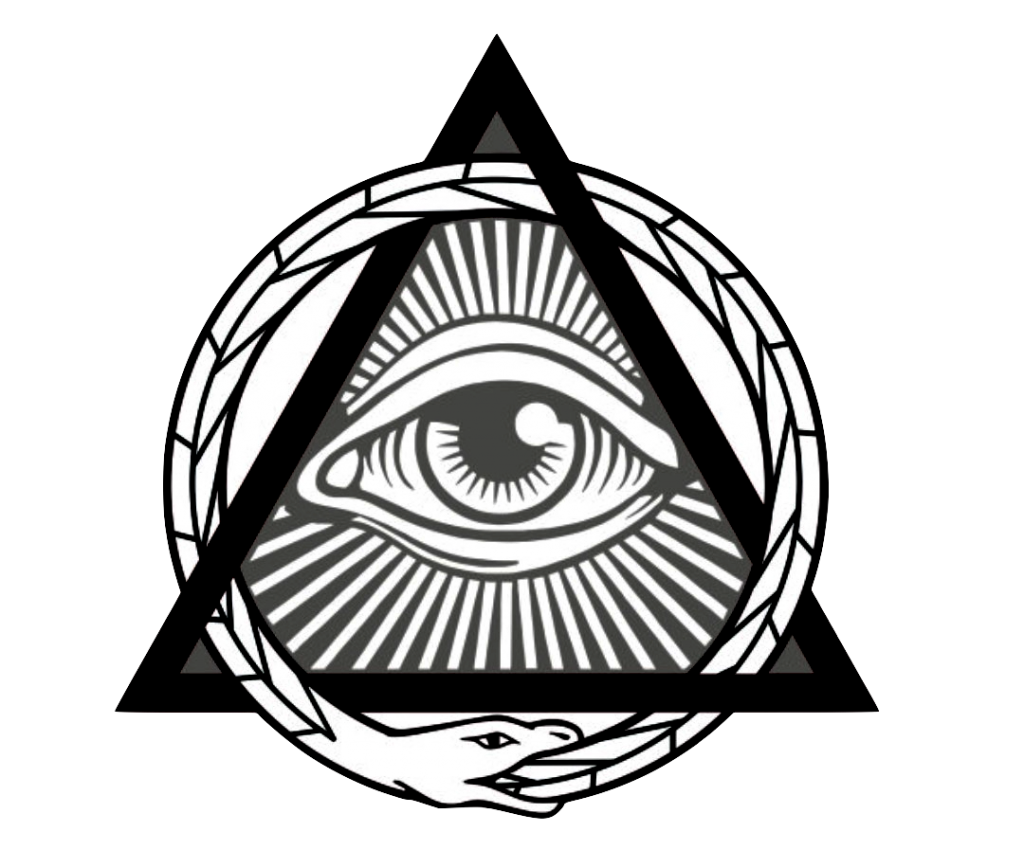 Yesterday I went to the supermarket. I tried to hurry through the aisles, basically holding my breath. As I headed to self check out, I was surprised to see a display for Passover. I had forgotten all about it.

I used to lead Passover seders. I even wrote my own Haggadah. What I learned is relevant today. After all, things have gotten biblical. Here we are, hunkered down in our homes, hoping the Angel of Death will pass over. What can see us through?

You Give Me Fever

One of the first lessons of Passover is that in order to find answers, we have to ask questions.  The first is, “why is this happening?” 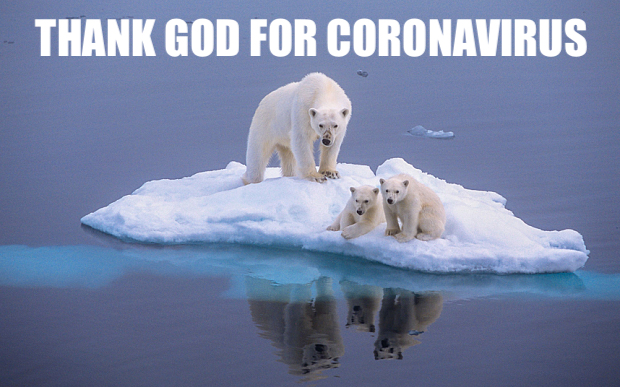 As many have noted, in the midst of a worldwide shutdown, carbon emissions have plummeted. Is this the planet telling us, “let my people go?”

This isn’t the first time a human pandemic has shifted the climate. As soon as Europeans arrived in the Americas, smallpox and other ravaging diseases swept through both continents, and as many as 56 million people died. For comparison, estimates of the death toll from the 1918 flu pandemic range from 17 to 100 million worldwide. With 90% of the population in the Americas gone by the end of the 16th century, vast areas of previously-cleared land reverted to forest, enough to have contributed to what is known as The Little Ice Age.

Nature regularly takes down any species that gets the upper hand. In Ecological Imperialism, Alfred Crosby writes that “Mother Nature always comes to the rescue of a society stricken with the problems of overpopulation, and her ministrations are never gentle.” Do we have to be forced to do the right thing? Not if we learn from the past.

Burning Down the House

In A Short History of Progress, Ronald Wright explores the demise of four of the world’s past civilizations. In every case, they overtaxed their environment.

The prototypical example of human ingenuity is our use of fire. Humans learned early on that you can release a lot of energy by burning things. It’s powerful — and addictive. By the time we discovered fossil fuel, the problem should have been obvious: you can’t just burn down the house you live in.

Still, we keep setting fires. In fact, you could say civilization has been one big holocaust, which means “everything burnt.” Why do we persist? Because progress has been an addiction.

Consuming the environment is like spending on credit: sooner or later, it’s time to pay — with interest. The word addictio means debt slavery. And as Wright reminds us, “each time history repeats itself, the price goes up.” How high is the price now? 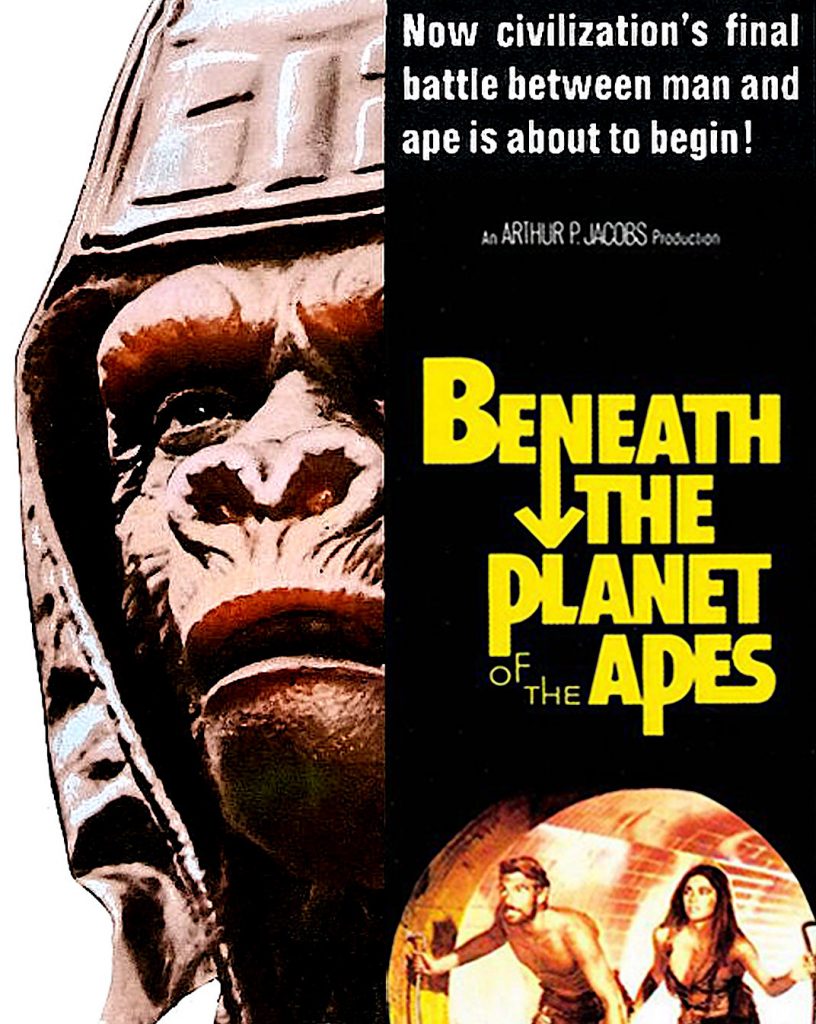 In 1950, Enrico Fermi, creator of the first nuclear reactor, posed a question. Given the size of the universe, there ought to be extraterrestrial intelligence. Why — alleged UFO cover-ups aside — is there no evidence for it?

The answer, many fear, is that once life forms get sufficiently technologically advanced, they invariably destroy themselves. And why would that be? Because our capacity for technological development, for the “fire of progress,” is the same capacity for denial.

Making Up Our Minds

Technology is based on science, which is based on conceptual thinking: that is, our capacity to learn. To learn is to create generalizations about life, about the way the world works. The catch is, if you can learn, you can also stop learning. The Tree of Knowledge is also the Tree of Ignorance: it enables us to ignore the facts.

They say “denial is not a river in Egypt.” In a way, it is. The Hebrew word for Egypt is Mitzrayim. It literally means, “the narrow places.” Figuratively, that can mean narrow-mindedness. To be narrow-minded is to favor overgeneralization. We take our first impressions for the gospel. We become faith-based as opposed to evidence-based. We fall out of touch with reality as we literally lose our senses. We learn to think away our feelings.

When I was a child in Hebrew school, we were shown horrifying images of The Holocaust along with the refrain, “never again.” History has shown, however, that this strategy doesn’t work. Faced with horror, most of us react with denial.

In 2007, the creators of the environmental documentary What A Way To Go encountered the same dynamic: when faced with annihilation, we tend to find it easier to just keep marching on.

Have you ever had ants move into your house? No matter how many you kill, they keep coming. Do we have to be like ants?

Over My Dead Body

To turn off your feelings is to shut out empathy. Like Pharoah, we can harden our hearts. We can persist despite negative consequences, which is the very definition of addiction — and the opposite of adaptation.

“Would you rather be right or happy?” asks A Course in Miracles. Replace “happy” with “alive,” and you have the downfall of civilizations. As Ronald Wright points out, when societies become unsustainable, they often double-down in denial. After all, denial is the hallmark of addiction. How ironic that Harry Anslinger, the first American drug czar, was known for saying, “I’ve made up my mind. Don’t confuse me with the facts.”

At Passover, the most important question to consider is, are we slaves or are we free? Not back then, right now. As we sit at home, fearing for our lives, we probably don’t feel so free. There is a fundamental lesson here, and it’s apocalyptic. That word, like revelation, means “uncovering.”

The truth that’s being uncovered is that we are slaves only to the extent that we believe ourselves to be separate from others: not just other humans or other countries, but other species, other planets, everything. The original denial is “you are not me.” What follows is “I matter more than you.”

This denial is The Fall of Man. It’s the ignorance we call “evil.” To be evil is to l-i-v-e backwards. To live backwards is to go through life thinking you are just a part of the universe, when the truth is quite the opposite: you are the whole universe playing a part. What would happen if a part of your body were to put its own survival above that of the rest? This is what civilization has done.

What we are denying, to our undoing, is our inherent unity. It is this delusion that sets off a chain reaction. It is the spark that ignites a holocaust.

Once we have this limited self-image, we are trapped in a downward spiral. “We imagine,” says Helen Keller’s teacher, Anne Sullivan, “that we want to escape our selfish and commonplace existence, but we cling desperately to our chains.” And this sets the stage for a plague.

One of the most famous lines in the Haggadah is that “in every generation, each of us is obligated to see ourselves as if we ourselves left Egypt.” Otherwise, we are still there.

COVID-19 is a wake up call. Yesterday, we just rolled over and turned off the alarm. Today, Mother Nature is dumping a bucket of ice water on our heads. To wake up requires freeing ourselves from mental slavery. And since this has become a life-or-death issue, I’m going to go over it again. Since I’m talking about God’s will, I’m going to use divination. Never mind the hocus pocus; just listen to the lesson. 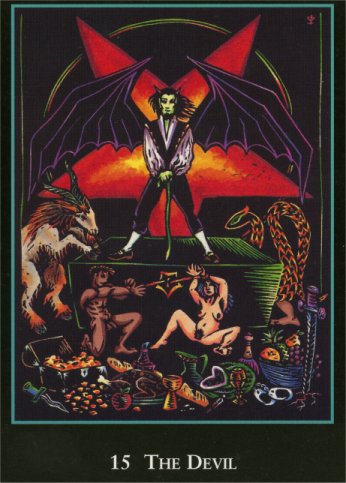 The last major human holocaust in North America began in 1492. That was 528 years ago. In numerology, you can get the gist of something by adding up the digits for it. For example, you can add up the digits of your birthday to figure out your “life card” in The Tarot. The digits for 528 add up to card #15, The Devil. Here it is in a deck I helped write the book for, The World Spirit Tarot.

The Devil card is about mental slavery, materialism, and addiction. We end up worshipping false idols when we live life backwards. That’s why the pentacle, a symbol of life, is turned upside down.

Again, to live backwards is to think you are separate from others. This happens precisely when we are asleep, that is, dreaming. In a dream, you think there are others, including “bad guys,” when the truth is that everyone, including who you think you are, is inside who you really are.

The history of civilization has been, to borrow from James Joyce, a nightmare. And as with any nightmare, until we wake up, it is bound to get worse. The good news is that as soon as we wake up, not out of the dream but within it, it can no longer be a nightmare. Nothing can really scare you when you know it’s a dream. 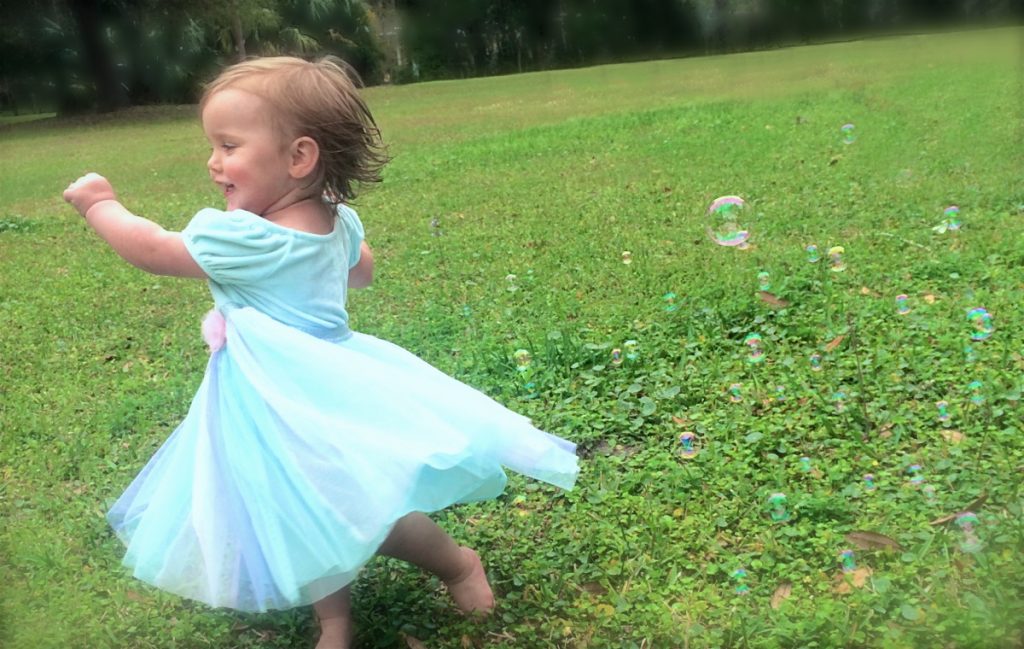 Like any dream, a human life is but a soap bubble. Everything we see will soon be gone. It has always been this way. Life will go on. Maybe not my life, maybe not human life, maybe not life on Earth, but the life of the Universe. And maybe I am all of the above. Think of that while you wash your hands.

From Here to There

Our challenge is that, in civilization, fear and individualism are wrapped up in a vicious spiral. The more afraid you are, the more you focus on self-preservation. Life-threatening circumstances tend not to be the easiest time to take it easy.

Even at the best of times, most people can’t instantly banish fear any more than a turtle can reject its shell. But this pandemic can be a catalyst for cultural change. We are a social species: we believe what we’re taught. This is why the Hebrews had to wander for forty years before reaching The Promised Land: only a new generation could enter.

Today, we may not have that long. But we have new tools. Some of the most transformational approaches to deep cultural and personal change that I’ve encountered include Somatic Experiencing, Interpersonal Neurobiology, and Nonviolent Communication.

The Passover seder, a ritual recounting of slavery, cannot end until someone, usually a child, finds a hidden piece of matzah called the afikomen. What is our afikomen? What can free us from addiction?

As Eckhart Tolle teaches, “the recognition of illusion is also its ending.” The way through the pandemic is a panacea for all that plagues us. It is the realization that we’re not just all in this together, we are all, together, THIS. We are looking for what is looking. And that’s been with us all along.