A Few Lessons on Living 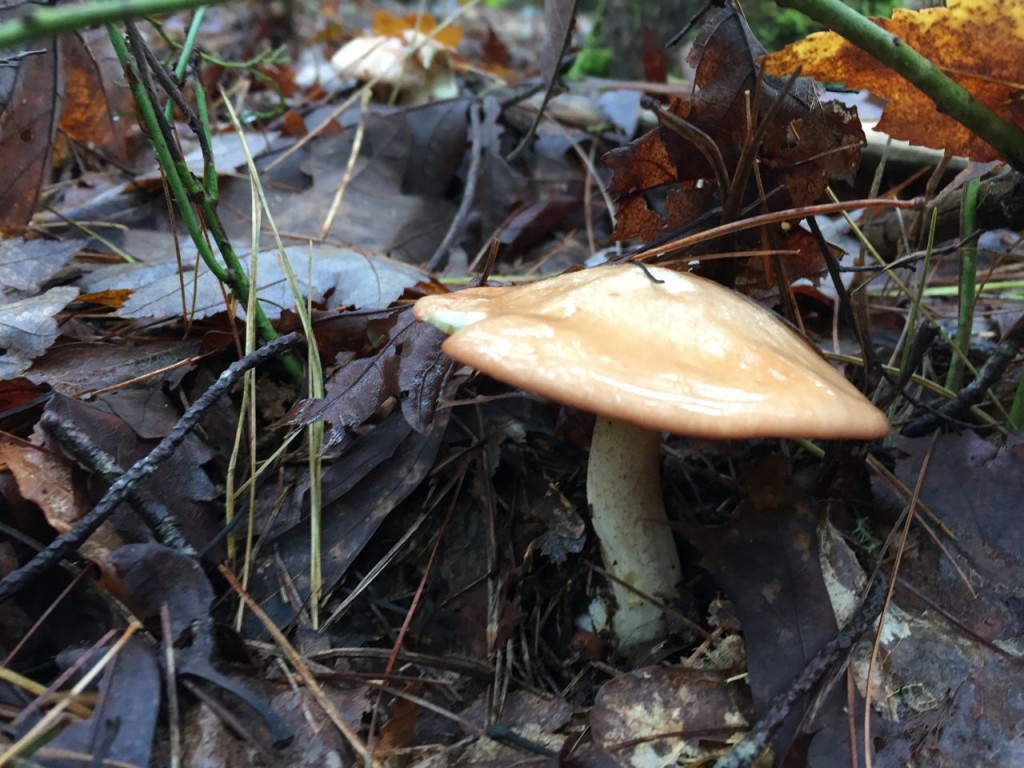 It’s been raining for days, diminishing the promise of those crystal clear October days that draw so many to the mountains of Western North Carolina. The rain, though excessive, is good, I figure. I’m set for a mushroom hunt with a group led by expert forager Alan Muskat, and isn’t a good dousing just what fledgling fungi need?

Maybe, maybe not, Muskat tells me over the phone a couple of days before the excursion. Too much rain is just as bad as too little when it comes to encouraging the growth of chanterelles, button and lobster mushrooms, he tells me. It’s the first glimpse into Muskat’s world, a world where there are vast swaths of gray, where life and death dance, where there’s so much more to learn.

For two decades, Muskat has roamed the loamy coves and leaf-littered valleys of Western North Carolina in search of mushrooms. He’s trekked with famous chefs and finicky reporters. He’s been featured in everything from the New York Times to an episode of Bizarre Foods.

Personable and witty, Muskat offers a devilish sense of humor. On his website, he calls himself “a philosoforager, stand-up mycomedian, and epicure of the obscure” and boasts that he “has led thousands off the eaten path and hasn’t lost a customer yet.” That’s a real confidence-builder for the uninitiated, I suppose. 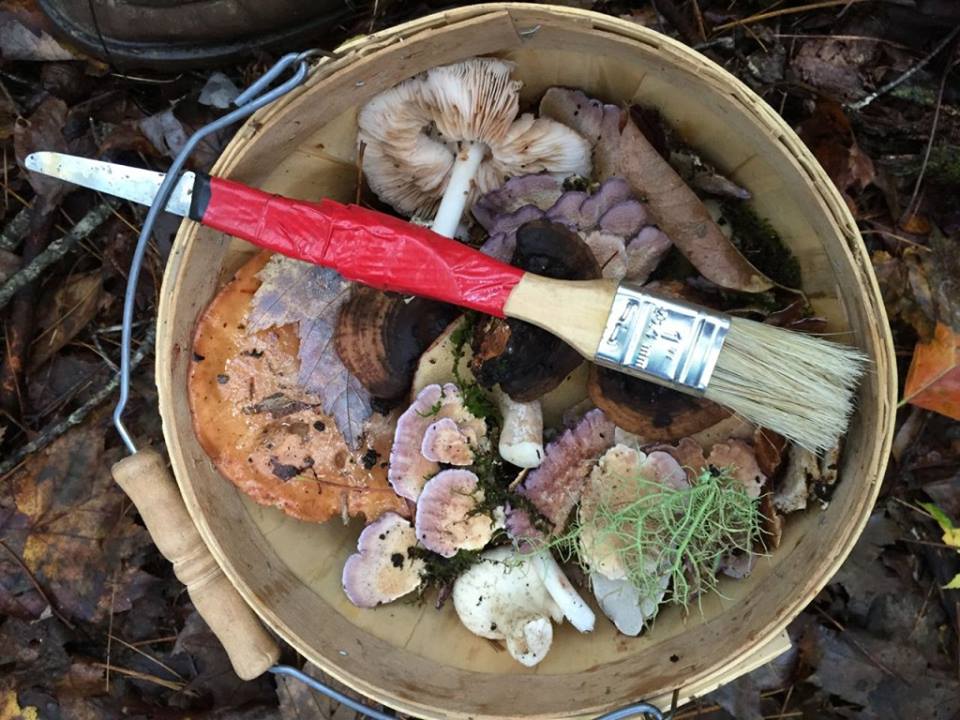 Muskat is busy outfitting his tour of about 20 foragers with baskets and trowels when I arrive at the site of hunt, a 650-acre tract of privately owned land about an hour’s drive southwest of Asheville. At Muskat’s request, everyone introduces themselves and offers up some sense of their scavenging experience. People are from all over, and their knowledge of wild plants is just as varied.

As he prepares to send the group into the forest, Muskat begins to make it clear that things aren’t always so clear in the world of mushrooms. I had arrived expecting a clear-cut class on what to look for and what not to touch. Instead, the mycologist described a woods filled with wonder, where there still lies much mystery. Some mushrooms are deadly. Others can become toxic depending on whether, or how, they’re cooked. Some mycelia, the networks of fungi from which mushrooms are born, can lay dormant for years, while others may live to be hundreds of years old.

“Always ask,” advises Muskat. He goes on to tell the tale of how a young child on a recent previous tour had picked, and promptly ingested, a mushroom of unknown danger. The child’s mother was beside herself as Muskat set about the task of quickly identifying the mushroom. There is wide variety among species, and without a microscope, it can be almost impossible to make the proper identification in the field. Muskat mustered a couple of other fellow experts on the phone, revealing that he often relies on a human network of other authorities for help. The child would survive, Muskat determined. But always ask. 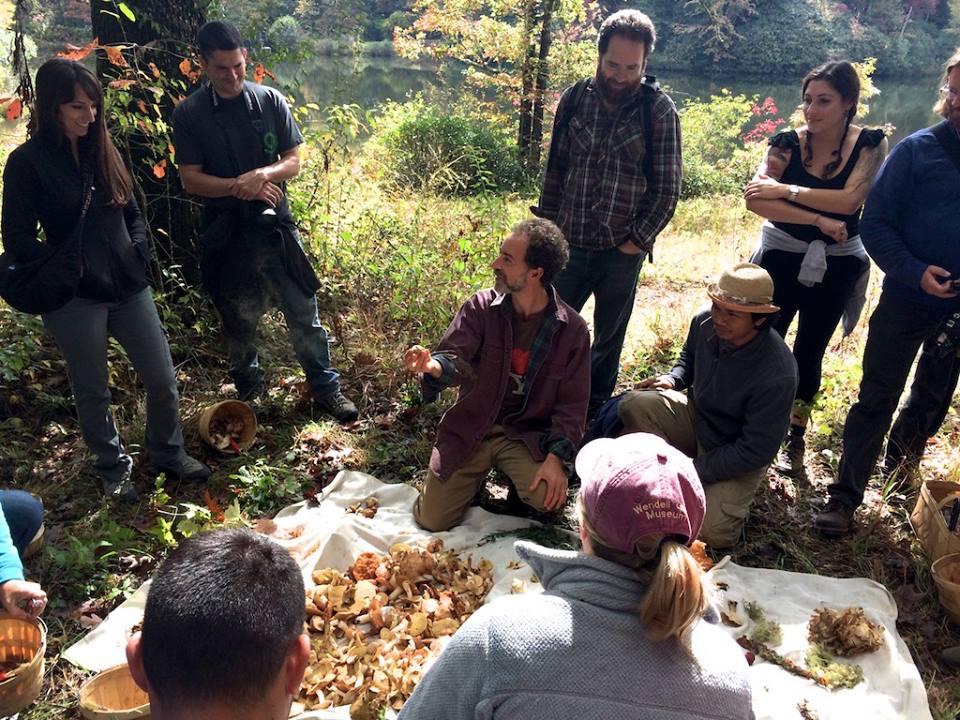 In the field, Muskat engages with individual questions and holds forth on a series of woods-related questions. He helps identify boletes and a hen of the woods, and he tells of leading a reporter on a quest for a rare, glow-in-the-dark mushroom known as a jack-o-lantern. There are stories too about other finds along the way: witches’ butter, sassafras leaves, jewelweed, plantain and persimmons.

But a trip into the forest holds more than just stories about trees, plants and roots for Muskat. He tells us that he is fed by the beauty of the outdoors. He suggests an approach to nature that is one of humility and appreciation. And he always keeps his sense of humor about him. After cooking up some of what the group plucked from the forest floor, Muskat launches into his signature rap tune, A Fist Full of Fungus. Just another lesson on living from the mushroom hunter. 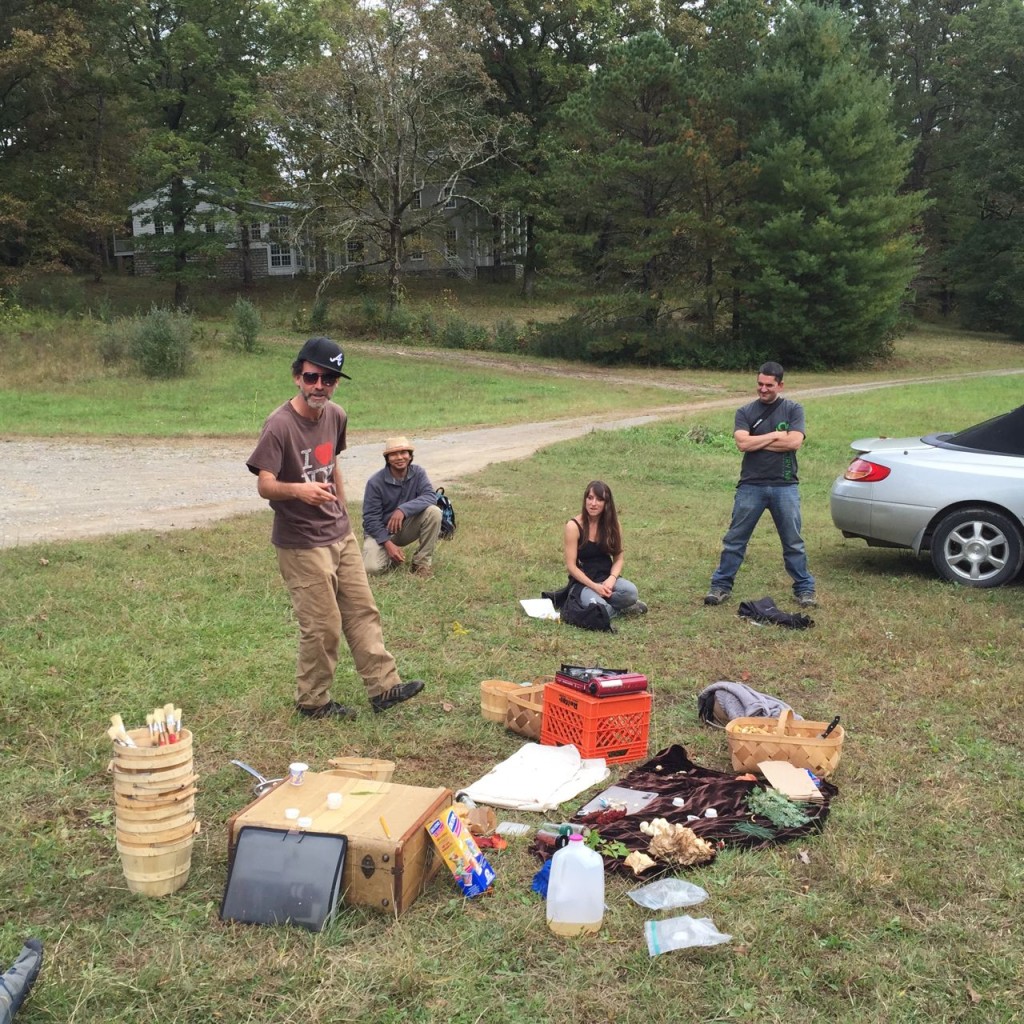