Foraging for a meal 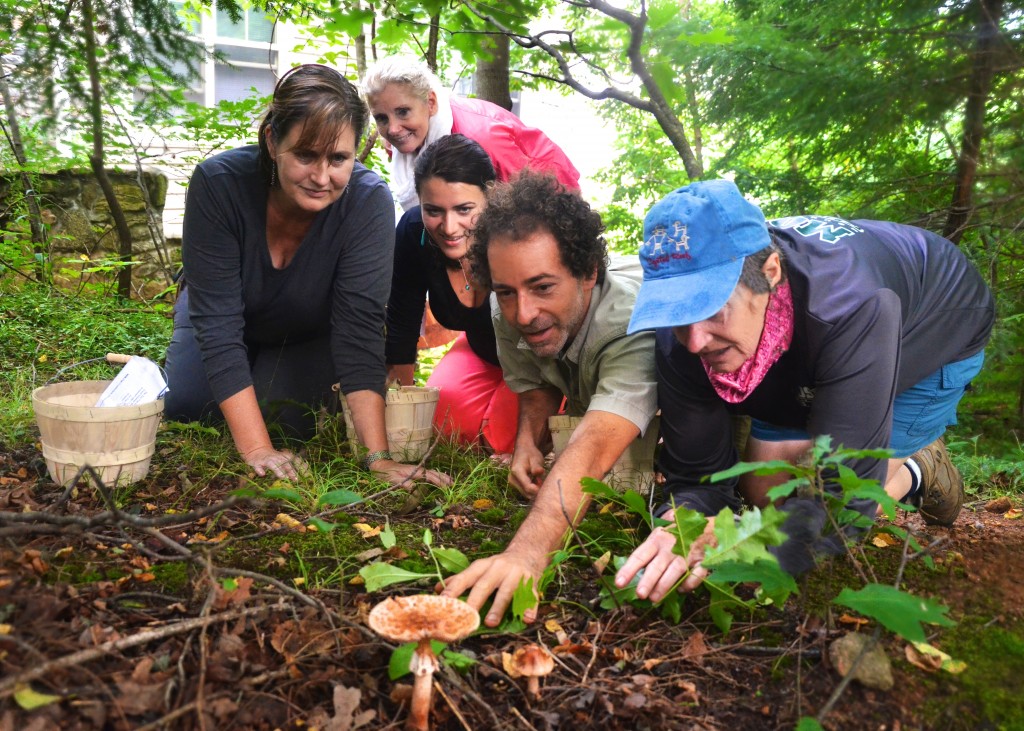 Shorter trees, such as sassafras and sourwood, filled in the landscape, as did smaller plants and shrubs, while fallen trees and leaves provided a carpet. Mushrooms peeked out. This peaceful setting was in the Blue Ridge Mountains, just minutes outside Asheville. But the hikers weren’t just coming to get away from the city.

They were coming to eat.

The hikers were foraging, a burgeoning trend in the local-food movement. Where the local-food movement historically focused on food grown on farms close to their ultimate destination, foragers seek to find foods growing naturally in a certain place, whether that place is a forest, a park or their own backyard.

But figuring out what’s delicious and what’s potentially deadly takes knowledge. Visitors to Asheville who want to learn more about this so-old-it’s-new trend can sign up for a private or group tour with No Taste Like Home (828-209-8599, notastelikehome.org), an organization with several expert guides who teach basic foraging skills.

Alan Muskat, founder of No Taste Like Home, has led wild food tours since 1995. He said interest in learning to forage has increased tremendously in the last few years.

Muskat cited these reasons for the growing interest: It’s healthier for people, it’s healthier for the planet, it’s free, it gives people knowledge to be more self-reliant, the food tastes good, and there’s a connection to the land.

And, as the hikers found out, it’s fun mixed with light exercise. This group included people of varying ages, with a woman carrying an infant, and other parents with young children.

Most people think of mushroom hunting when foraging comes to mind, but there’s much more to eat than fungi. Wild edibles include many types of plants too. Also, foragers shouldn’t go in with a view that they are “hunting” for mushrooms or other wild plants, Muskat said.

“Foraging is an exercise in nonattachment. Foragers can’t be choosers, so the less picky you are — no pun intended — the more open you are to what life ‘dishes out,’ the happier you’ll be. You can’t always get what you want, but you get what you need,” he said.

Foragers, especially those who seek mushrooms, need to understand that edibles grow in a “system in time,” he said. Remembering that goes a long way to figuring out if something is good to eat, Muskat told this group of hikers.

“What should you do if you find something that you’re not sure about? It’s a three-letter word,” he said.

Before someone in the group answered, he quickly added: “It’s not, eat.” He paused, and said, “It’s ask. Ask someone. Ask where is it growing? What is it growing on? That will give you clues whether it’s OK.”

He then added: “Don’t ever use a book. A real field guide has two legs.”

Muskat divides edibles into three groups: “edible and incredible,” which is food that’s delicious; “edible and forgettable,” meaning it might be medicinal, but it is otherwise not very tasty; and “edible but regrettable,” which means it can be chewed but can cause illness or even death.

That’s why, he stressed, foragers should not eat something unfamiliar.

Amateur foragers can do well sticking to common plants, Muskat said. Pointing out common plants is what makes the wild-foods tour in Asheville fun and educational, because not everyone lives in a temperate ecosystem like Asheville’s.

“The most common comment I get from people (on tours) is, ‘This is growing in my backyard, and I had no idea I could eat it,'” he said.

Many of the plants that grow in backyards are considered weeds by most people, he said, pointing out that there is more wild food in suburban yards than pristine woods.

What are some of the most common plants? Dandelion, purslane, chickweed, lamb’s quarter and violets — all plants that might prompt someone to reach for weed killer.

No Taste Like Home has partnered with a few local restaurants, so after the tour, foragers can have their edibles prepared as a personalized appetizer. The Market Place in Asheville is one of the partnered restaurants.

William Dissen, executive chef and owner of the restaurant, said foraging was common where he grew up in Appalachia, so cooking with wild foods is natural to him. In addition to cooking what tour participants bring in, his menu typically features other wild foods, such as ramps, rose hips and mushrooms.

“We’ve had a number of guests interested in bringing food they just picked,” Dissen said.

And their reaction to the prepared dish?

“There’re a lot of ‘yums.’ A lot of ‘that’s really cool,'” Dissen said. “People are a little bit spellbound they’re eating something they harvested themselves.”