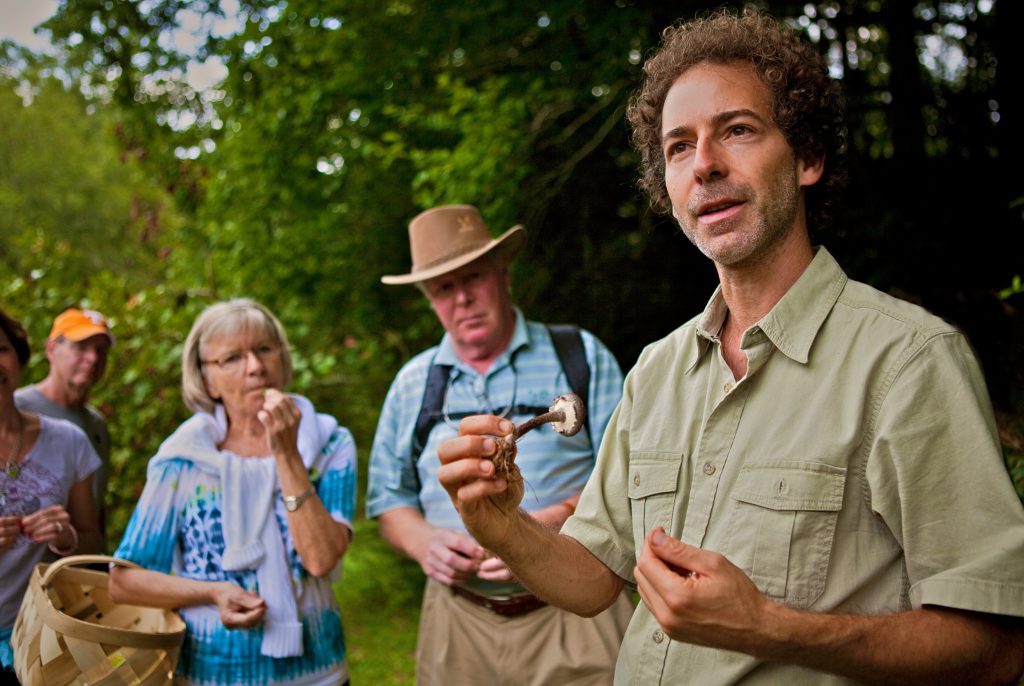 In a town known for its eclectic style, it’s not unusual to see a group of 20 city folk out in the woods, rummaging through the leaves and digging in the dirt. They’re probably just foraging with Alan Muskat, the CEO — Chief Edutainment Officer — at No Taste Like Home, a wild food tour and event company based in Asheville, North Carolina. 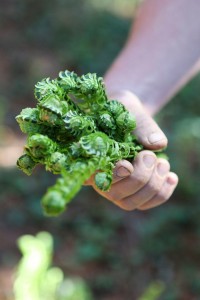 Even as a child growing up in Miami, Muskat enjoyed the thrill of the hunt, whether at a neighborhood  garage sale or outdoors while on a hike. He embarked on his current career after college, when he got into health food and began cooking for himself. “I did what I tell people never to do, which is to teach myself,” he admits. “I learned the hard way. It’s generally very easy to learn to forage if you don’t use a book.”

And by finding things, he means foraging: gathering mushrooms, flowers, acorns and other “edibles,” as he calls them, in nature. “It’s sort of like the original Easter egg hunt,” he says.

While picking the first fungi you see and gambling on whether it’s safe to consume is not a good idea, there’s no need to worry when Muskat has the reins. In only three hours, he can teach even the most amateur groups to find around 15 edibles. “I give everyone a basket and a knife, and we spread out and go on a treasure hunt,” he explains.

Heading into the hills of North Carolina is certainly an option, though Muskat says edibles can be found in the most basic of places. “You might think you’re going to go up and down mountains, but it’s much easier than that,” he says. “I could take people out to a city park and discover edibles. It’s not necessarily some exotic thing.” 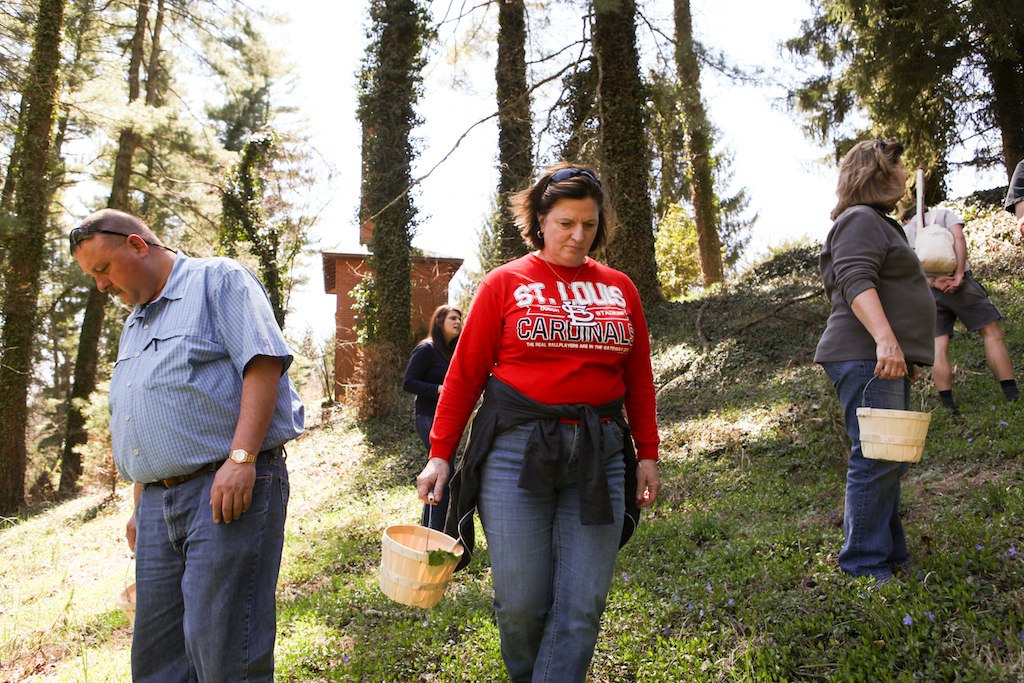 If you’re looking to take the local movement to the extreme and have some foodies in your group, consider taking your afternoon breakout session into the great outdoors, as one financial planning group did recently. No Taste Like Home can make arrangements with local restaurants and hotels to cook dishes prepared with what your meeting attendees foraged that day or even work with a catering company to teach attendees how to cook a meal themselves with their goodies. Menus might include anything from acorn burgers to hickory nut pies to wild persimmon ice cream.

“It’s really like the Garden of Eden. You get a sense when you’re foraging that you have everything you need, for free, and that you’re taken care of,” he asserts. “It’s really a spiritual practice.”