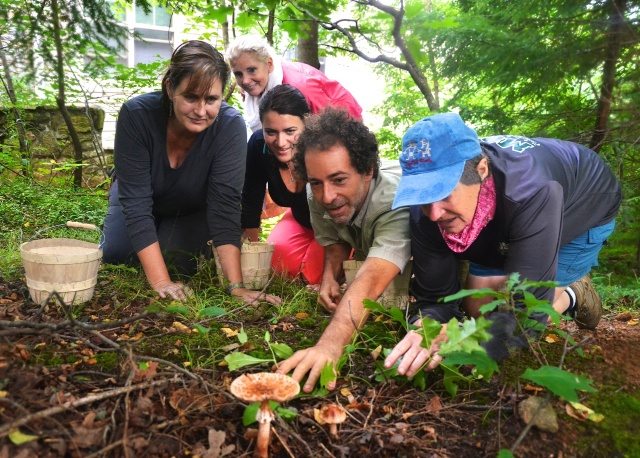 Local forager Alan Muskat leads a group of public school kids through a wooded area of Western North Carolina not too far from town. They search for greens, nuts, berries and mushrooms — and unexpectedly stumble upon an abandoned apple orchard, abundant with ripe, red apples.

“One kid picked up an apple from the ground and said, ‘Are you sure we can eat this?’” Muskat says. “I asked him what he meant, and he said, ‘Well, this was on the ground.’ It was so empowering that he could get his own food and that it wasn’t poisonous or dirty because it touched the ground.”

Muskat says Western North Carolina features some of the greatest variety of flora and fauna north of the tropics, which makes Asheville an ideal place for those who forage for food. In fact, foraging can begin as close as your own backyard — where edible plants like chickweed, lamb’s quarters, dandelion greens, bitter cress, wild onions, purslane and nettles are often mistaken for weeds.

“People have a fear of foraging because it’s not part of our culture,” says Muskat, who runs the educational organization No Taste Like Home and has appeared on the Travel Channel’s Bizarre Foods with Andrew Zimmern — where Muskat taught the show’s host that the first lesson of foraging is “to keep your eyes open.”

Foraging, after all, “isn’t any more difficult than going to a grocery store and learning to distinguish cabbage from iceberg lettuce,” says Muskat…

And there’s little doubt that foraging wild species can be a bit dangerous — which is why many expert foragers, like Muskat, really encourage education. ”It’s like riding a bike or driving a car. Someone teaches us, [but] that’s still dangerous, right?” Muskat says. “If we hunted mushrooms in this country as normally as we watch TV or play a video game, everyone would be an expert at it.”

In most cultures around the world, he adds, children learn about collecting food from their parents. In lieu of that, Muskat is hoping to teach local kids about foraging through The Afikomen Project, which he started at Asheville Middle School in 2012. He hopes the program will expand to public schools across the country.

“Our goal is to have, by 2030, every child in the United States able to safely identify and harvest the 10 most common wild foods in their area,” he says.

Muskat guides foraging tours and founded the first forage-to-table program in the United States and the first wild foods market in North America. For those interested in safe ways to learn about foraging mushrooms and other wild foods, he recommends hands-on, expert-directed learning.

“The only word you need to remember has three letters, and it’s ‘ASK,’” Muskat says.

A good place to start? Muskat suggests the George Washington Carver Edible Park near the Stephens-Lee Recreation Center downtown. “You wouldn’t typically find mushrooms there, but there are other wild foods and over a dozen cultivated fruit trees,” Muskat says…

Muskat adds, “five feet, you know, ten feet from my front door, and I’m nibbling on dandelion and onion grass and bitter cress…” 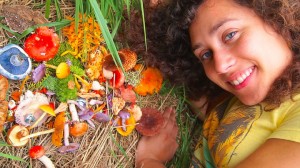 From generation to generation: Today, few kids know about collecting wild foods. But students in Alan Muskat’s Afikomen Project will get the chance to learn.

Muskat recommends the blog Transitional Gastronomy for ideas on how to prepare found foods. “We have one of the most diverse places on the entire planet in Asheville, so you could make whole meals,” he adds.

Ultimately, Muskat says, the great thing about foraging is how easy and accessible it can be. “The only preparation you need is some familiarity,” Muskat says. “You don’t have to put anything special on. You don’t need any equipment.”

And best of all, Muskat adds, “You don’t have to go far.”