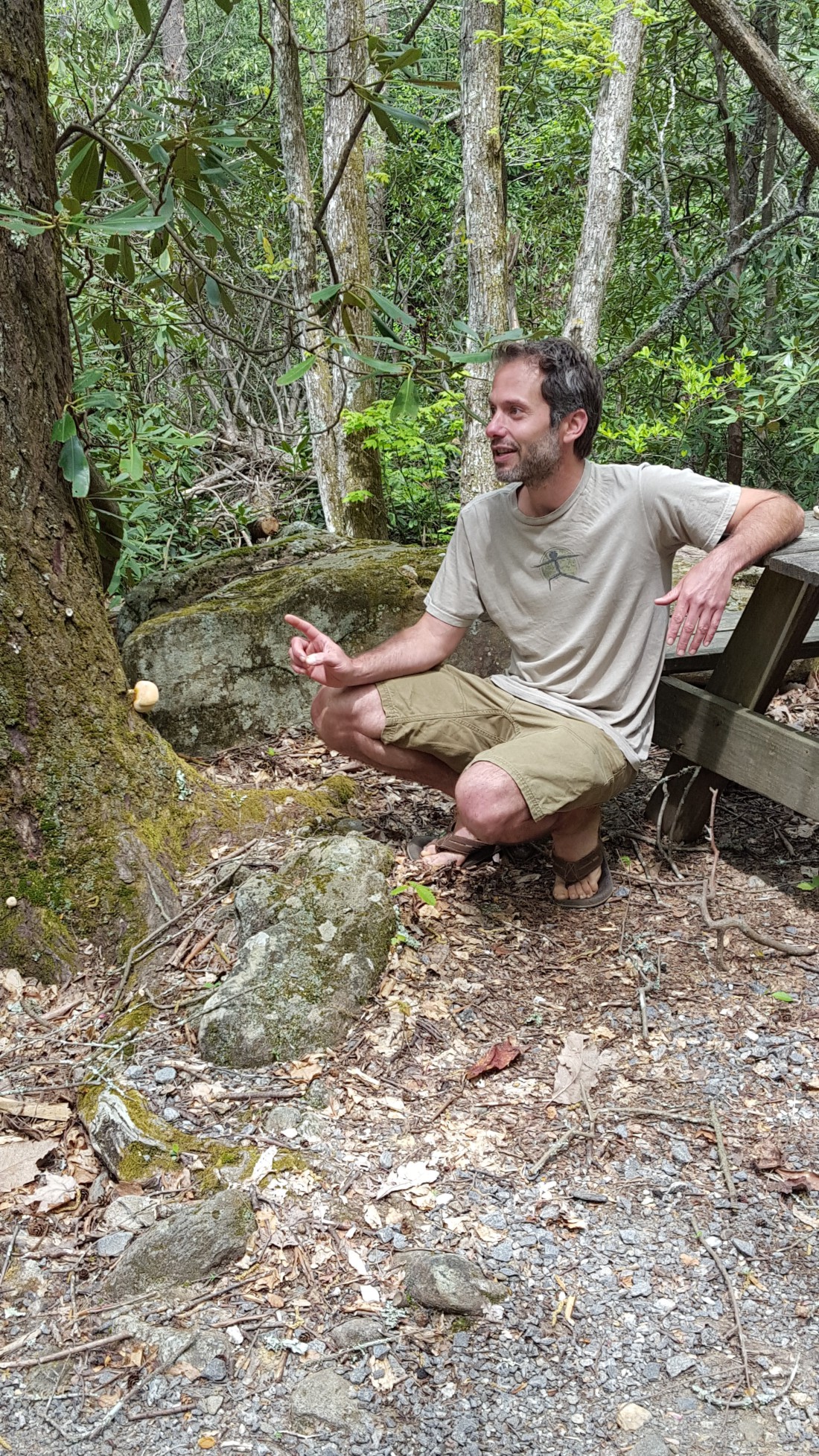 It all started with a cup of birch tea and a discussion about some of the wildest things we’d ever eaten. Answers ranged from live cicadas and silkworm to bear, alligator and cow tongue. This was the beginning of my wild food foraging experience with No Taste Like Home, an Asheville-based “forage-to-table” tour company.

Led by our fearless food foraging tour guide, Dimitri Magiasis, a naturopathic doctor whose first name is actually Greek for “earth lover,” encouraged us to explore, but to always ask questions first. His assistants, Quinn and Mason, seconded the motion.

Our group was a nice, intimate one, including a couple from Atlanta, who had seen the tour group on the Food Network’s “Bizarre Foods” and was looking to do something “different.”

“We just didn’t want to do the Biltmore,” Brittany said. “We are outdoor people and wanted to experience nature up close and personal.”

Ligia and Blair, a mother-and-son team, were visiting from Miami. Blair, the son, was a mushroom-loving zoologist in training who was contemplating a move to the area. Steve and Sherry were on vacation from Nashville. Steve, a former chef, said Sherry had given him the tour as a birthday present because she knows he likes to do things that are out of the ordinary. Paula and Kurt hailed from Rhode Island and had seen the company on Yahoo Travel. 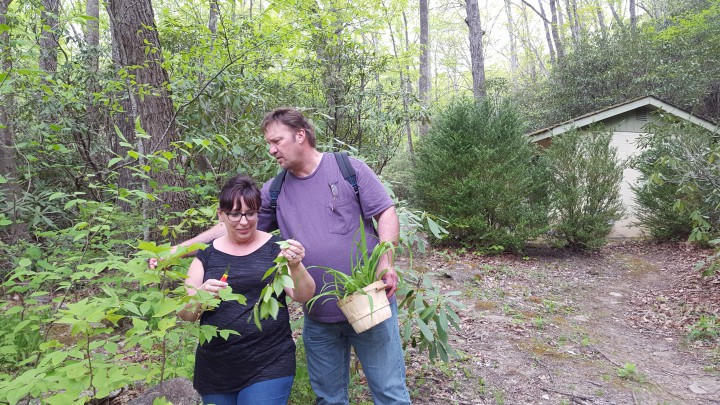 “As soon as I saw it, I bookmarked it on my computer,” Paula said. “We both enjoy seeking out wild foods and often pick and eat chickweed right out of our own backyard. Our goal is to go camping and only eat what we find around our site.”

Kurt said this was his goal, too, but admitted he might bring along a sandwich – “just in case.”

Jean and Robert from Bluffton, S.C., were New York City transplants. Robert joked that he would love to go back to New York for a visit so that he and Jean could use their new-found knowledge to forage through Central Park en route from the Museum of Natural History to the Metropolitan Museum of Art. 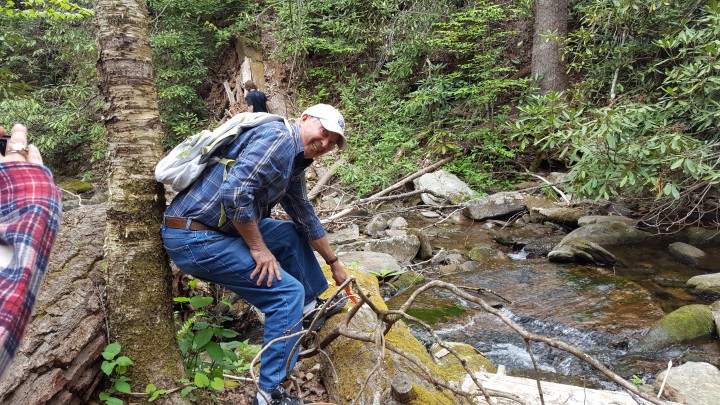 So, after sharing our wildest food experiences and our reasons for being there, we began our forest exploration in the woods of Montreat, near Black Mountain. The first “catch of the day” was sochane, a staple green for the Cherokee diet. Dimitri cautioned us to examine it first.

“Touch it, look at it, smell it. Tasting is the last thing you should do because after you taste it, there’s no turning back,” he said.

We all had a nibble. How did it taste? Not like chicken. LOL. Everyone had a different interpretation. Some said watercress, others said pepper and celery.

We foraged together; we foraged apart. We found things like Solomon’s seal, which has shoots that taste a bit like asparagus. We discussed the elements of ethical harvesting and the doctrine of signatures. We explored our roots (in more ways than one).

Our tour ended with an exciting find that had Dimitri and his crew smiling ear to ear – the highly coveted reishi mushroom, which is said to have similar health benefits to the overharvested ginseng. We pulled out our “brives” – a tool that consisted of a brush on one side and a knife on the other – from our baskets and went to work. Our collection was beautiful, and Dimitri chopped them up and cooked them with a little butter and dried ramps (wild leeks). These mushrooms are not only tasty but can help to build a stronger immune system, which is likely why it’s nickname is the “mushroom of immortality.”

While foragers can’t be choosers, this group was pretty satisfied, and we were all sent home with food from the forest floor. Some of us planned to cook it ourselves, and others were going to local restaurants where chefs would spin wonderful culinary creations for free. What rang true for all was that this walk in the woods left us hungry for more.

Here’s a partial list of our wild findings. Some were edible, others had desirable healing powers:

Daylily shoot: has a green, onion-like edible root that makes a tasty addition to stir fries

Mullein: used medicinally for people with lung conditions such as asthma

Witch hazel: multiple uses that include everything from treating insect bites and sore throats to acne and puffiness.