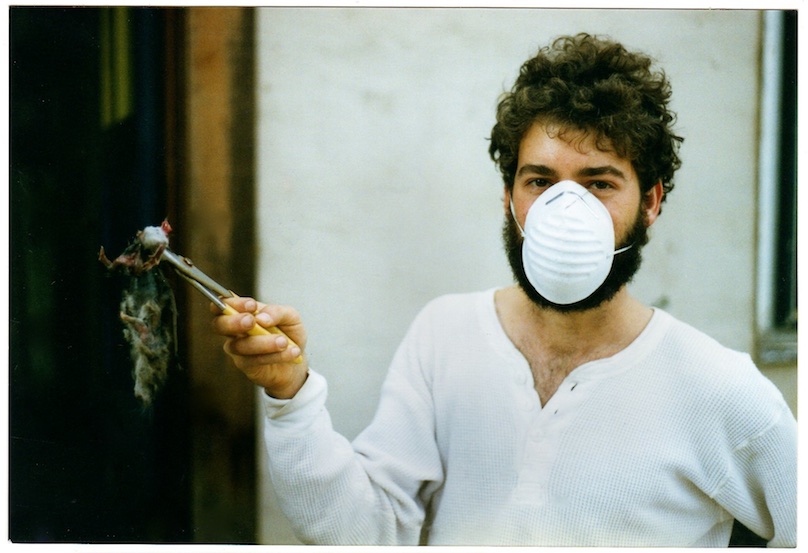 I was born to run. Coming from a long line of high achievers and bottom line businesspeople, I was raised to look out for number one. Fortunately, I was never very good at math.

My first/worst sprint in the rat race was getting into Princeton. I signed up to become an engineer. I thought technology would save the world. By the time I got there, however, I had stopped to catch my breath. I never set foot in the engineering department. Within two years, I was majoring in philosophy. If I had made it to grad school, I would have studied religion.

I think the two most valuable things I did in college were hiking in the outdoor program and cooking in a cooperative. These two activities, both new to me at the time, led to my interest in natural food. But two academic influences were also pivotal: early taoism and early Marxism.

Taoism is about being natural, and Marxism points to the collaborative nature of early societies. Consequently, after Princeton, I decided to get back to the land and join a commune. I searched for five years until I realized I could not escape a culture I was carrying around inside me.

I landed in Asheville in 1995. I had to rise from the ashes of two burnt out adrenals. Twenty years later, I still want to save the world, but now I see the world very differently, including what it means to “save” it.

What’s our problem? It’s not a lack of solutions; it’s that we don’t choose them. People don’t choose what’s best for everyone because they are looking out for themselves. We suffer from the “tragedy of the commons.” The idea is that when people have free access to a shared resource like the environment, some people will inevitably take more than their share.

A free market economy is indeed a “free for all.” And so we institute regulations like, for example, a carbon tax. But that is an uphill, losing battle, a fight you can’t win. There is no fight you can win.

Taoism says that you can’t force people to act for the common good. When people don’t really care about one another, the only thing laws do is to separate the those who can get around them from those who can’t. And as anyone can see, that’s not enough to save us.

Today, I get paid to teach foraging, that is, gathering wild food. What I’m really teaching, however, is hunter-gatherer culture. People stopped caring about each other precisely when we stopped foraging. If you look at nearly all our ills, both social and personal, early hunter-gatherer societies simply did not have them. That’s why pre-civilization is known as The Golden Age.

This critique of civilization is known as primitivism, and it dates back to at least the early taoists. You can trace it through Buddhism all the way up to modern teachers like Eckhart Tolle. That’s because in 5,000 years, basically nothing has changed. All the craziness we see now is simply the final stage, the death throes, of civilization. It was doomed from the start.

Primitivism is not nostalgia or wishful thinking. The Garden of Eden, a life of ease and peace, was and is real. It’s outside your door and inside your heart. It’s called nature, including human nature.

Technology is not the solution, but it’s not the problem either. On the deepest level, there really isn’t any problem. The “problem” is seeing life as a problem to begin with.

Our culture keeps us running, in chronic fight-or-flight. We live in Scare-City, so we experience biophobia, fear of life/nature. And as long as people are afraid, they will be selfish. When people are in survival mode, they take whatever they can get.

In nature, there is nothing to fear. Life is not a problem. You feel one with everything, which means you are not afraid of pain or even death. Nature is community. Rats in nature don’t race.

One way to experience nature is to focus more on your body than your mind. The problem, basically, is that we are stuck in our heads. I’m sure you’ve heard that before, but it’s true. Thinking is the ultimate drug. All other addictions, including carbs, coffee, power, and entertainment, stem from it.

I’m older now but still running, still running up against my own mind. When we, as a culture, uncover our true nature, we can stop running. It will be like waking up from a dream. Was there really anything to be afraid of?