This Is Our Chance 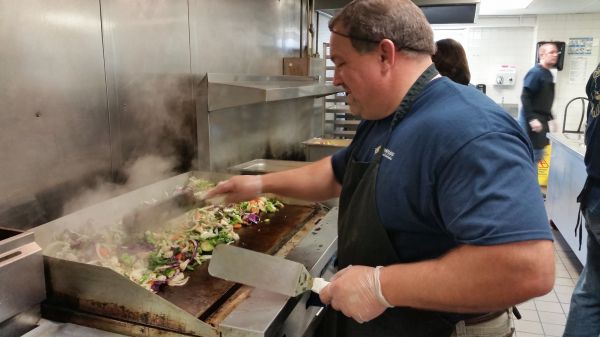 It’s clear that in a crisis, the rules don’t apply—which makes you wonder why they are rules in the first place. This is an unprecedented opportunity to not just hit the pause button and temporarily ease the pain, but to permanently change the rules so that untold millions of people aren’t so vulnerable to begin with.

Sitting at home, I’ve been wondering, why should anyone be out of work right now when so many need help? We won’t “flatten the curve” if social distancing makes people sick for other reasons, like loneliness and hunger. For example, “local restaurants are teaming up with local farmers to provide nutritious food to those who need it most — including children who rely on school lunches.” Surely there’s many more safe ways to help.

If you’re wondering who will pay your rent while you’re out volunteering, let’s ask a bigger question. Why, even without the virus, are we so busy paying the bills that we don’t have time or energy to help others?

Selfishness is not human nature, it’s a consequence of an extractive system. We are all cogs in a self-perpetuating machine, all starving for food or companionship or 100 other basic human needs, because the system is not designed to meet them. The rat race is more like a hamster wheel: it merely runs us down. This is why we are seeing more hoarding than volunteering.

As we struggle to get through this upheaval, do we really want to go back to business as usual?

When everything’s back to normal, will we accept cities cutting off their poorest residents’ water, or evicting the sick, or throwing someone in jail because they can’t afford to pay a fine?

…when the time comes that the danger from the virus is no longer as severe… remember that for a lot of Americans, a “return to normal” is a scary prospect.

We are in the midst of a trigger event, an unprecedented opportunity for fundamental change.  This is a time when “things that were previously unimaginable quickly become reality as the social and political map is remade.” We are called, as Rob Hopkins proclaims, to reawaken our imagination, not just to practice “creative problem solving” or “innovation.”

Restaurants shifting from feeding the rich to feeding the hungry is an imaginative solution. Curbside pickup and delivery is not. It doesn’t address the underlying problem. You can’t blame the owners; who is supporting them to do otherwise?

Trying to sustain your business is like pushing for sustainability. What are we trying to sustain? “This is an opportunity to reshape the direction of our entire country. To make our systems more bottom-up and responsive. To make them more humane.” However, it’s not just the country that needs to change, but “a world economy that rewards blind self-interest and makes altruism unaffordable.” And that system is as old as civilization.

Civilization is built on domination. We need to return to partnership, a practice as old as humanity. Without a radical renaissance in relating, any victory over the virus will be trumped by a failure to stop climate change. We can’t dominate nature any more than each other.

“Never,” says Fay Angus, “let a problem to be solved become more important than a person to be loved.” The only thing that will see us through is what has sustained humanity for 300,000 years: genuine caring. As documented in A Paradise Built in Hell: The Extraordinary Communities that Arise in Disaster, when the system can no longer separate us, people join together. Right now, there’s no denying that everybody matters. The question is, can we keep it that way?