Uncovering Who We Are 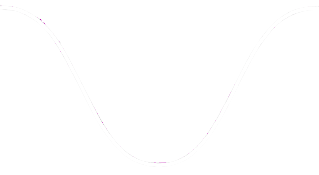 The meaning of life is no mystery. The challenge isn’t knowing what to do but doing it.

What we have to do is to uncover one basic truth. “To uncover” is the literal meaning of apocalypse. We are living in The Apocalypse, The Great Uncovering. And that is a great thing.

The one basic truth, the greatest lesson in life, is about who we really are. The truth is that we are not individuals; we are the universe. We are One. The meaning of life is to achieve unity in diversity. To find unity in diversity is to find God.

A Brief History of Progress

No one is born hating another person because of the color of his skin, or his background, or his religion. People must learn to hate, and if they can learn to hate, they can be taught to love, for love comes more naturally to the human heart than its opposite.

The opposite of complexity is simplification. One example of simplification is refinement. Refinement is integration without differentiation. Refinement produces drugs. Drugs are simplifications, whether physical, cultural, or mental. Mental refinement is conceptualization. One example of conceptualization is identification. Identification produces the ego, which is who we think we are. Who we think we are, in turn, determines what is most important to us. What is most important to us, that is, what we identify with, can include the body (individualism, narcissism), groups (tribalism), and/or ideas (other -isms, that is, belief systems). These all lead to domination culture, which is the violent imposition of simplification.

Domination culture leads to civilization, a.k.a., “progress,” the progressive refinement of life, from racism to video games to heroin. Refinement manifests as mass production, e.g. factory farming. Factory farming of humans leads to addiction. Addiction is a hijacking of the learning (reward) system by a particular stimulus, often a superstimulus. It’s “super” because it’s refined, making it more concentrated and hence more potent.

Addiction is a strategy of simplification, of avoiding integration by suppressing one’s personal (differentiated) feelings and needs in order to adhere to another simplification: a moral code of “shoulds.” This is what it means to be be stuck in your head, not in your body. This is the internalized violence of civilization. It is disempowering, which makes it traumatic, leading to angst or even despair. This trauma is not just pervasive in society; it’s what drives it. Consequently, addiction is not just an epidemic, it’s endemic.

Identification obscures the one basic truth: that we are not separate individuals or a separate species living on the earth; we are Earth. The ecosystem is a single organism. Likewise, the Earth is part of the solar system, which is part of our galaxy, and so on. In short, “our” life is inseparable from that of the universe; we are not just part of one cosmic process; who we are is the entire process. To forget this basic fact is our “original sin.”

This is why conceptual thinking (a.k.a., science, knowledge), is both powerful and disempowering. It is dangerous because it makes generalizations (a.k.a., judgements), starting with the distinction between me and not me. Next comes good and bad, then right and wrong, and eventually, “-isms” of all kinds. Hence the Zen teaching that “The Great Way is not difficult for those who have no preferences,” but “make the smallest distinction and heaven and earth are set infinitely apart.”

These preferences, which we experience as being more like requirements, lead, among other things, to scarcity. We breed scarcity on a social level by selectively breeding crops. We breed scarcity on a psychological level with our thoughts. Once you decide — or society tells you, through the media, for instance — that only certain things can make you happy, you narrow your chances of satisfaction considerably. This dynamic is a self-fulfilling prophecy. On a personal level, believing we should be a certain way, we experience shame. Shame leads to loneliness, self-isolation, and violence. On a collective level, competition, war and hatred all result from this “selective breeding.”

Love is a compromise for only getting to be one person.

The world is far more abundant than we think. Thought adds endless wants to our actual needs. There is more than enough for everyone to meet these needs. But our self-imposed scarcity leads instead to addiction to even more thought. Pascal likens this endless striving, seen today in consumerism, to trying to fill a bottomless pit. Since you can never get enough of what you don’t really need, civilization has become a cancer.

Jung calls addiction a “thirst for wholeness.” You can’t experience wholeness as long as you’re splitting it up with thought. When I split off “you” from “me,” addiction becomes self-medication for lovesickness. It’s a response to the pain of unmet needs, particularly our need for belonging: to be, ultimately, one with the world, with the universal process, a.k.a., Life.

We are lovesick because we spend most our time not in our hearts but our heads. The head separates. The heart joins. Alternatively, one could make the same distinction between the left and right brain, respectively. Wherever we do it, the point is that we forget we are all One Body.

You May Say I’m The Dreamer

Something we were withholding made us weak
Until we found it was ourselves.

If this is all a dream, then there are no limits. There is no “real” vs. “imaginary” world. This is why the world is not only abundant, it’s unlimited. The “root of all evil” is not money but maya: not knowing that the person we think we are is but a character in a dream, a play. Like an Italian proverb says, “when the game is over, the king and the pawn go back in the same box.”

Forgiveness is not letting bygones be bygones; it is recognizing that nothing wrong ever took place.

If this is a dream, then even in the face of social and ecological collapse, including “The Sixth Extinction,” the truth is that everything is OK. There is nothing wrong. There is no hurry.

In a dream, the world is perfect as it is because there is no pressure. Anything that’s done can be undone. And “perfect” doesn’t mean it can’t be better. This is what it means to make life “more wonderful.” Anything is possible. As soon as we wake up, the nightmare is over.

Waking up means our “requirements” turn into preferences. Life still has its challenges, but fear turns into excitement, enthusiasm, and curiosity. “Should be” turns into “could be.”

Being awake is not about having a belief system. It means living not in fight-or-flight but in calm-alert. We do that mainly in our bodies, not our minds. Maya is rarely something you just snap out of. You can’t “think outside the box” when thinking is the box.

The mental boxes we live in, when we’re born into domination culture, most often come from trauma. Trauma is something most of us can’t just talk our way out of. Useful tools for healing trauma include Somatic Experiencing, Interpersonal Neurobiology, and Nonviolent Communication.

“U” is the shape of an open container, e.g., a chalice, grail, crucible, or boat. The main part of a Gothic cathedral, for example, is called the nave (as in naval) because the vaulted ceiling resembles a ship. As an institution, the church is said to be an “ark” that carries the flock through the storm. The question I’ve been posing is whether the universe as a whole is a storm or a refuge.

When you experience the universe as a whole, it becomes what psychologists call a “holding environment.” In it, everything is held, not held back; mothered, not smothered. Everyone is supported to be themselves, including changing — that is, growing — as needed. It’s a place for free exploration, for leela. The container is open, not closed.

The illusion of maya is that we have to work to live. This illusion arose with civilization. Hunter-gatherers don’t have a concept of “work.” They experience life as being full of abundance, not scarcity. Their world is a playground, not a battlefield.

God is not a mystery. God is the universe, The Dreamer, the whole of which we see ourselves as a part. When we see who we really are, the struggle is over. Then, like Eckhart Tolle relates, “the whole world seems like waves or ripples on the surface of a vast and deep ocean. You are that ocean…” Or as Tara Brach puts it, “when we trust that we are the ocean, we are not afraid of the waves.”