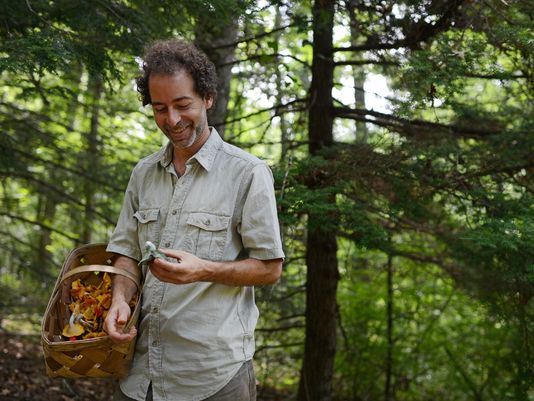 On a busy night in downtown Asheville, countless chefs are unknowingly breaking the law.

They’re all cashing in on a growing interest in foraged foods, where “wild” and “foraged” are menu buzzwords with the same cache in Asheville as “local.”

But not every “wild” mushroom you’ll find in a restaurant is really found in the forest. Some are farm-raised. And those chefs who serve legitimately foraged foods might find themselves on the wrong side of the health inspector.

That’s because in 2009 the North Carolina Department of Health and Human Services Division of Public Health declared wild mushrooms forbidden menu items, unless individually inspected by an approved mushroom-identification expert.

The problem lies in what exactly constitutes an “expert” in the state’s eyes.

“It’s illegal for restaurants in North Carolina to serve wild mushrooms because they have to come from an ‘approved source,’ which has to be an ‘expert’,” forager Alan Muskat said. “But they’ve never established what that means and how to become one.”

A wiry character widely known as the Asheville Mushroom Man, Muskat has foraged through farm and field with the Food Network’s Andrew Zimmern and other culinary cognoscenti. But Muskat is not officially certified as an expert and, to his knowledge, no one is. Not yet, anyway.

Identifying experts is the job of North Carolina’s newly-formed “Wild Mushroom Advisory Committee,” which is meeting to nail down state regulations governing wild mushrooms as their sales grow in response to demand.

The committee aims to determine who gets to become an expert and how, also working to offer guidelines so third parties can train hopeful foragers.

Muskat, who abandoned his business selling mushrooms to restaurants as his foraging tours have grown in popularity, has been asked to serve on that committee. “So basically, for 20 years, I’ve been breaking the law, and now they’ve asked me to help improve it,” he said.

On the table for discussion are which species of mushrooms can be identified and sold, as well as what information a forager needs to have for the mushrooms to be in compliance, including where they’re foraged. North Carolina Department of Health and Human Services said the committee hopes to have draft rules available within six months. 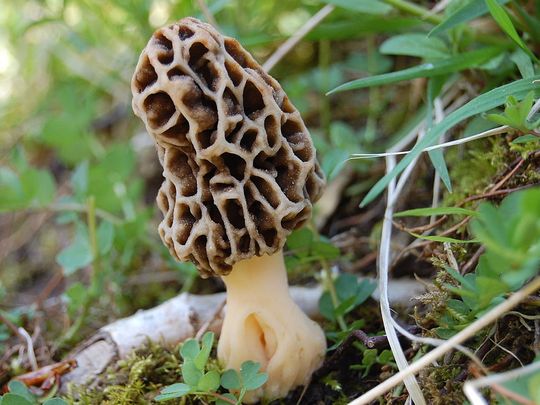 While the purpose of the certification process is to regulate the safety of foraged foods in restaurants, Muskat also sees it as an opportunity to create more homegrown entrepreneurs.

“I honestly feel that this is a sustainable green industry to address unemployment and food security for our area,” he said.

And it doesn’t hurt that Muskat seems the natural choice to lead training, which won’t be required for certification, though a competency course will. “I can’t teach someone to be a mushroom hunter in two hours,” he said.

That’s good news for already-seasoned mushroom hunters, especially since Muskat worries the training programs would be prohibitively expensive for some.

Foraging, by its nature, should be a democratic pursuit, he said. “The interesting challenge is how cheap can you make this training?”

Parker, who mentioned a recent poisoning in an unnamed Waynesville restaurant, thinks the certification process is a good idea. But he worries the training could cause more problems than it solves, especially if the goal is to make it widely accessible.

“My issue with the certification is that you take a class for two days and all of a sudden you’re an expert,” he said. “In my opinion, it’s a little ridiculous … this notion that you can become an expert in two days.” 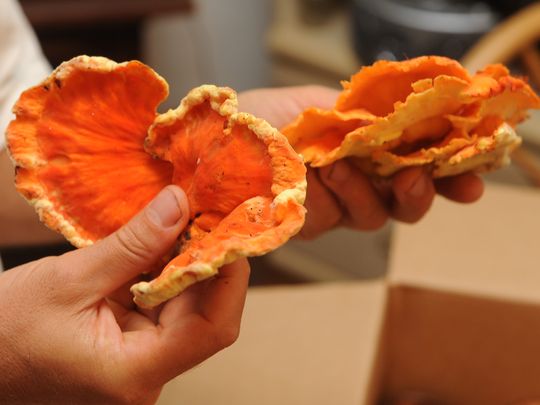 Muskat said he knows of four occasions where local restaurants served poisonous mushrooms, causing gastrointestinal distress. Such instances are rare in relation to total sales of foraged foods, he said.

“You compare that to just regular food poisoning in restaurants,” he said. “The track record that I know of, locally, it’s minuscule.”

Wild mushrooms are generally safe, he said, provided the gatherer knows his golden chanterelles from his Jack O’ Lanterns. It’s the latter, a poisonous lookalike to the edible chanterelle, that’s often responsible for fungi-related illnesses.

The onus falls on the chef to purchase safe ingredients, said John Fleer, who owns Rhubarb and The Rhu.

He thinks the restaurant-vendor relationship is one built on trust, and won’t easily be replaced by an influx of neophyte foragers.

Besides, he said, danger lurks everywhere if you look closely enough.

“To use a close-to-home example, I could buy a stalk of rhubarb and, if I were not a smart chef, unwittingly serve the leaves in a dish and make someone really sick because they’re full of oxalic acid,” he said. “And I could easily buy that product from an approved produce vendor.”

“That’s part of the responsibility of a chef, beyond creating dishes and building flavors, is to know what specific products are for,” he said. “And how not to kill your guests is definitely a bonus.” 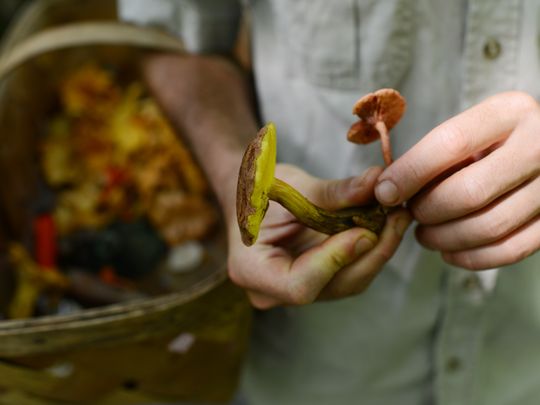 Shastri, a former customer of Muskat’s when he was still in the mushroom-selling business, knew well what he was doing was verboten in the state’s eyes.

“But I would never breach that sort of boundary if I wasn’t secure in knowing it was safe,” he said. “Alan is a whole different ball of wax from the great majority of these folks. There are very few true experts in these kinds of fields.”

That lack of expertise has become even more of a problem as the high demand for such products drives up expense while outdoor enthusiasts look to make a quick buck.

“These mushrooms have become more expensive than most proteins, so what a lot of these chefs are doing is purchasing some of these products from folks they shouldn’t be purchasing from,” Shastri said.

It’s for that very reason that Muskat, the previously outlaw Mushroom Man, said he understands the drive for regulations. “Of course it makes sense,” he said. “We have to protect the public and have some kinds of standards.”

Still, his foraging friends chide him for ‘selling out,’ he said. “They say, ‘You’re about to regulate foraging and wild mushroom hunting out of existence. It’s going to be onerous and stupid,’ and I’m afraid of that, too. But everyone’s heart is in the right place. We want to foster this industry, not suppress it.”