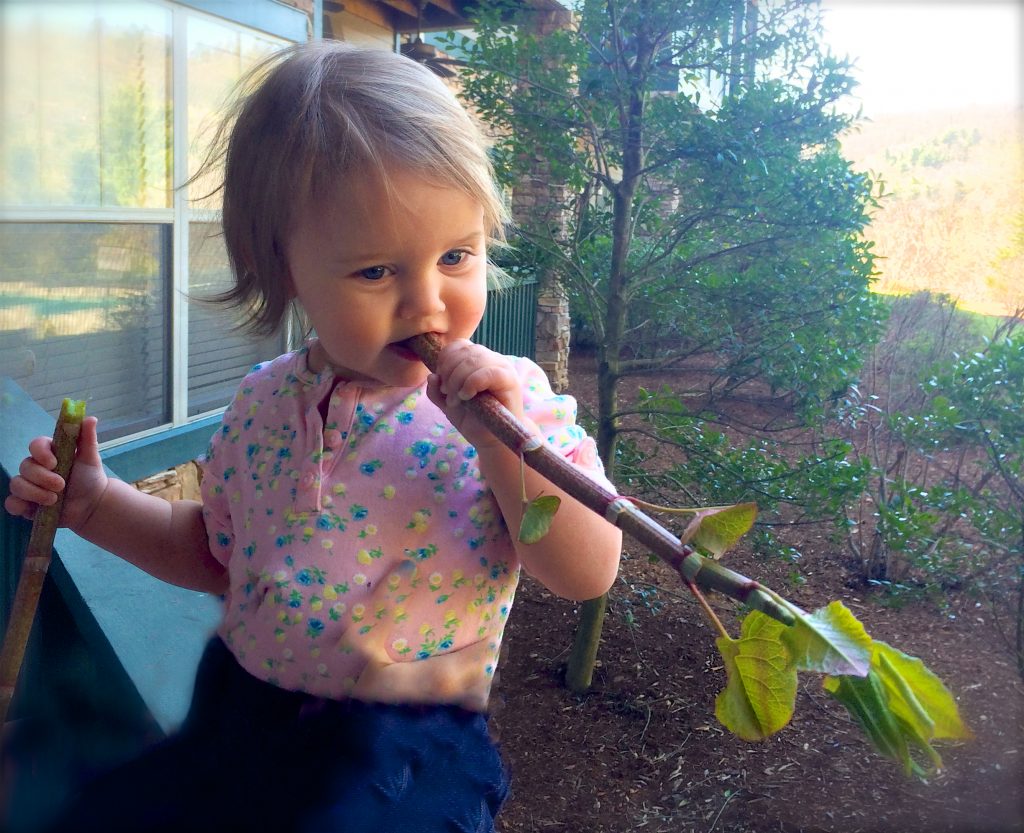 It’s 5 AM. I sit down and pour boiling water over a bowl of dried lemon balm. I drape a towel over my head, making a mini steam room between the bowl and my face. I sit in silence for five minutes, listening to my breathing and calming my worried mind.

Lemon balm is not a miracle cure, a silver bullet that kills virus like a handiwipe kills germs. But it is calming and supports the immune system, which is far more important.

Think of James Bond. It’s not bullets that keep him alive. It’s not just skill either. Most of all, it’s his composure. He doesn’t freak out, and we don’t have to either.

We don’t need to be hoarding. Rather, we need just the opposite. There is plenty of food and medicine for everyone — if we share.

Last spring, lemon balm was taking over my garden. I posted it on the local freecycle (giveaway) list. A dozen people came, took what they wanted, and barely made a dent in it. I spent the winter literally bathing in lemon balm tea. I was using so much that I had to stop; it was staining the tub.

Japanese knotweed, pictured above, is one of the most hated weeds in North America, often described in ways that sound a lot like how we view Coronavirus. A May 2019 article on weather.com, for example, opens with “a killer is stalking the U.S., terrorizing victims as it makes its way from from big cities to the suburbs…” Run for your lives!

Japanese knotweed is not only edible but one of the most powerful anti-viral herbs known. According to Stephen Buhner, author of Herbal Antivirals, it is particularly effective against known strains of Coronavirus. As I write, it is sprouting up across the United States, along with other wild anti-virals like honeysuckle, kudzu, and cinnamon vine, all considered highly invasive.

See my point? The things we see as monsters are not evil. Even the virus is not “bad.” It is restoring balance. What I mean by “balance” is a working system. A system works when we share. That’s the lesson right now. There is plenty to go around if we only recognize the abundance all around us.

The reason the pandemic is so challenging is that for too long, we’ve been mostly just looking out for ourselves. In a recent article for Wired, Laurie Penny points out that “stopping an epidemic is never just a fight with nature. It’s also a fight with culture… people who aren’t used to the concept of common good don’t know what to do in the face of a common threat.”

We’ve been taught that competition is natural: that trees in a forest, for example, compete for sunlight. What we’ve recently discovered is that beneath the surface, those trees are sharing the sugar they produce. In a healthy forest, 20-80% of what a tree makes goes into the system.

Imagine paying eighty percent of your income in taxes. Would that be fair? Ask yourself that again in two weeks when there’s no ventilator for you or for your grandparent. When a tree gets sick, the forest helps it. Why do trees have universal health care and we don’t?

Make this your 80/20 rule. We need to be contributing 20-80% of what we produce to the collective good. If we share resources and responsibility, we’re going to be OK. After all, it’s how humans survived for 300,000 years.

The poet Hafiz says “all a sane person can ever care about is giving love.” That’s sensible, not sentimental. What we need even more than sanitation is sanity. When everybody runs for the door, nobody gets out.

Instead of doomsday preppers, we need Transition Towns. Because this time, there is no door, no hiding place, no escape. And that’s good news, because maybe finally, if we get the message instead of just killing the messenger, this could be the start of a new era: one that brings back the way we used to be.

So come get some lemon balm. Go get some knotweed. Share what you have. Don’t miss the forest for the trees. Like the Bible says, “look at the birds of the air: they neither sow nor reap nor gather into barns, and yet your heavenly Father feeds them. Are you not of more value than they?”

No, we’re not. We are all in this together, all living things. To be human is to know that. It’s time to remember who we really are. This is no time for despair. God — or Mother Nature, take your pick — has our back.

Alan Muskat is the founding director of No Taste Like Home, the largest foraging education organization in the world. He serves on the board of SeekHealing, a recovery nonprofit dedicated to rebuilding community. He lives in Asheville, North Carolina, USA.